Where is God When it Hurts? 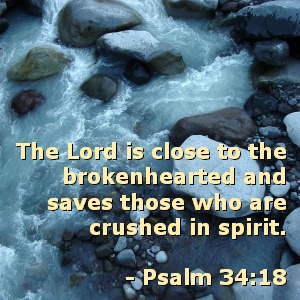 News editors had already selected the top news story of 2012, with President Barack Obama’s reelection polling the most votes. But after the December tragedy at Sandy Hook all other news seemed somehow insignificant.

For the first time ever the Associated Press re-voted, now naming the saddest event of the year as the most important.

On December 28, exactly two weeks after the shootings, I landed at LaGuardia Airport, met my hosts, and after a two-hour drive got my first glimpse of Newtown. TV commentators had used words like idyllic and bucolic to describe the area, and indeed the scene was worthy of a Currier and Ives print. As we got off the congested highway the road wound among Victorian farmhouses surrounded by white picket fences, with blanketed horses frolicking in the pastures. Even the town streets had rural-sounding names: Head of Meadow, Toddy Hill, Mount Pleasant, Deep Brook.

Before 2012 Newtown had two main claims to fame, as the birthplace of the game of Scrabble and the home of decathlete Bruce Jenner. A large flagpole stood on a hill on Main Street in the center of town, and I could easily imagine the scene on the Fourth of July, with families picnicking in the city park as fire trucks and corny floats and school bands paraded by. Sandy Hook, one of the villages within the borough of Newtown, dates back to 1711. This was classic Americana, a model of small-town innocence.

No longer, though. Snow was falling, and the gray skies and leafless trees formed a more appropriate backdrop to what had become the most sorrow-drenched town in America. On some houses, wreaths of mourning had replaced Christmas wreaths. Black bunting hung along a porch here and there, and state troopers patrolled the driveways to protect the grieving families from sightseers and news media. The makeshift shrines of woodcut angels and teddy bears were now covered in slushy snow. Only a few candles sputtered against the wet, and the bouquets of drooping flowers had turned brown. Many shops displayed handmade signs honoring the victims. “Love will get us through,” read one. A banner, “Pray for Newtown,” flapped from a highway overpass, with the same message posted outside the local liquor store. Words scrawled in large letters on a wall captured the mood:

“Our Hearts Are Broken.”

I spoke at two community-wide meetings in the church neighboring Newtown on Friday and Saturday nights. The organizers did not know how many would attend. “New Englanders aren’t especially religious, and maybe they want to think about something else,” they cautioned me. Yet, despite the holidays and a snowstorm that made roads icy and treacherous, a thousand people turned out for the community meetings and a thousand more for church on Sunday.

To open the community meetings, an ensemble played soft music as various members of the church staff walked across the stage and lit twenty-six candles, one by one, in honor of each victim as his or her name was projected on large screens. Then came time for me to speak. I looked out over the somber faces, aware that they included parents of the children whose names we had just seen, and fellow teachers, as well as first responders who had helped collect the bodies. Newtown was mourning at once the loss of its innocent past and much of its future.

“Let me begin by telling you what I won’t talk about,” I said. “I won’t talk about gun control or mental illness or parenting or the grim details of what happened at Sandy Hook. I imagine you’ve heard quite enough. I won’t be giving much practical advice either — frankly, I’m not very good at that. I was asked to speak on one thing, so I’ll limit my remarks to the question,

I went on to say that, as I pondered the question after Sandy Hook, to my surprise I felt my faith affirmed, not shattered. I know well the questions about a good and powerful God that rush to the surface when suffering strikes, and much of my writing has circled those questions.

Yet, as theologian Miroslav Volf wrote on his blog the day after the Newtown shootings, “Those who observe suffering are tempted to reject God; those who experience it often cannot give up on God, their solace and their agony.” The presence of so many in church on a wintry night proved his point.

“You can protest against the evil in the world only if you believe in a good God,” Volf also said. “Otherwise the protest doesn’t make sense.”

Not long before getting the call from Newtown I had read Bishop Desmond Tutu’s account of his experience in South Africa. As head of the Truth and Reconciliation Commission he braced himself for a severe test of his theology, in part because “good Christians” had carried out so many of the crimes (apartheid was, after all, the brainchild and official doctrine of the Dutch Reformed Church there). Day after day Tutu heard testimonies from the victims of brutal assaults. Afrikaner agents had beaten suspects senseless and sometimes shot them in cold blood. Blacks had “necklaced” corroborators by hanging gasoline-soaked tires around their necks and lighting them.

Unexpectedly, Bishop Tutu found that two years of listening to such reports helped ground his faith. The hearings convinced him that perpetrators of crimes are morally accountable, that good and evil are both real and important, “for this universe has been constructed in such a way that unless we live in accordance with its moral laws we will pay the price for it.” Despite the relentless record of inhumanity, Tutu emerged from the TRC hearings with renewed hope:

For me, the events at Sandy Hook served to confirm Tutu’s conclusion.

Though tragedy rightly calls faith into question, it also affirms faith. It is good news indeed that we are not the unplanned byproducts of an impersonal universe but rather creations of a loving God who wants to live with us forever. In Newtown I asked the familiar question with a slight change, Where is no-God when it hurts? Filmmaker Ingmar Bergman supplies the modern answer: “You were born without purpose, you live without meaning, living is its own meaning. When you die, you are extinguished.”

The parents I met who had lost a child at Sandy Hook recoil from such a conclusion. They hold tightly to the hope that the existence of their son or daughter did not end on December 14, 2012; rather, a personal and loving God will fulfill the promise to perfect a home for us.

What is your reaction to tragedy and horrific loss? Have you experienced a personal trauma that’s caused you to question God or His goodness? Have you held tightly to hope? Come join the conversation on our blog! We would love to hear your answer to the question ‘Where is God when it hurts?’ ~ Devotionals Daily