You May Be the Only Jesus Some People Ever See 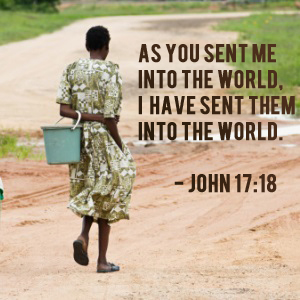 The Hands and Feet of Christ

As followers of Christ, we bear the responsibility of demonstrating to the world what Jesus might look like were He to walk the earth today. Those who will never enter the door of a church or read a Bible or hear a sermon can still know Jesus by watching us! I’m not sure I always give others the right impression, but I met someone who does.

Tseghe, a fourteen-year-old Ethiopian girl, was abducted by a stranger as she walked to school.

Because the man lacked money to pay the bride price, he simply stole Tseghe from the side of the road, intending to make her his wife. He took her shoes so she couldn’t run and marched her miles from her home to a shack where he bound and assaulted her.

Although everyone in the village heard what had happened, no one came to her aid. “She’s damaged goods,” they said. “Leave well enough alone. That’s just the way things are. If you can’t afford a bride, you just take one.”

But Tseghe’s grandmother was determined to find her, and she recruited Esatu, a World Vision staff member, to help. When Esatu first went to the police, they refused to act. But he persisted, and over the course of the next several days, Tseghe was found and returned home.

I asked the older woman what Esatu’s efforts had meant to her. “It would have been enough,” she said, “if he had just come alongside me and been my friend, but he did so much more.”

In that instant, my mind flashed to another desert in another country and a stable in a town called Bethlehem. Looking at the Creator of the universe lying helpless in a manger, some might say it would have been enough had Jesus simply come alongside us to be our Friend. But of course, that wasn’t enough at all, because more than a friend to walk beside us, more than an example to follow, what we really needed was a Savior.

Esatu had already done plenty. He’d worked hard to provide for the needs of the community, and rescuing Tseghe wasn’t his responsibility. But that thought never crossed his mind.

When Esatu came to the aid of a young girl and her desperate grandmother, he was just doing what Jesus would have done if He had been there on that terrible day.

And in a way, Jesus was. Esatu’s hands were Jesus’ hands; Esatu’s heart was Jesus’ heart. When wicked men sought to steal away a young girl’s dignity and hope for the future, Jesus came to Tseghe’s rescue in the person of a man named Esatu.

Is there someone you know who needs Jesus, someone to whom you can demonstrate through your friendship, your encouragement, your wise counsel, the love of the Savior? Look at the people around you. You just might be the only Jesus they will ever see.

Excerpted with permission from He Walks Among Us by Richard and Reneé Stearns, copyright Thomas Nelson, 2013.

Every day there are opportunities to be the hands and feet of Jesus to those around us. Take some time to ask the Lord whom He wants you to reach out to and help someone the way Jesus would have done if He were physically there. Do you have a story of sharing the love of Jesus to another person in an act of service? We would love to hear it! Leave a comment on our blog! ~ Devotionals Daily