The Spirit of the Lord is upon Me, because He has anointed Me… to heal the brokenhearted, to proclaim liberty to the captives. — Luke 4:18 NKJV

The Liberty Bell, one of the most familiar and beloved symbols of American independence and freedom, is now housed in the Liberty Bell Center in Philadelphia’s Independence National Historic Park. Visitors can view the famous crack running up the face of the bell and perhaps make out the words from Leviticus 25:10 inscribed at its crown:

Proclaim Liberty throughout all the land unto all the inhabitants thereof.

It is certain that bells rang out joyously at the first reading of the Declaration of Independence on July 8, 1776 (not July 4), and many historians believe that the Liberty Bell was among them. In the years since the Revolution, the bell has been claimed as a symbol by those seeking to end slavery and win the right to vote for women. In the late 1800s, the bell traveled throughout the country and was displayed at fairs and public gatherings in both small towns and great cities. The nation, still healing from the deep wounds of the Civil War, needed a unifying symbol to remind Americans of their common heritage.

The apostle Paul once wrote,

It is for freedom that Christ has set us free… Do not let yourselves be burdened again by a yoke of slavery. — Galatians 5:1

He was specifically writing about those who would impose all sorts of religious rules and human traditions on believers. But these words could also apply to personal habits and attitudes that we allow to enslave us, weigh us down, and steal our joy. If Jesus intended to set us free by His sacrifice for us on Calvary, what are those things that tie us up, that trip our feet and weigh on our hearts? Is it a habit? An addiction? A cynical heart? A hardened attitude? An unwillingness to forgive? An old prejudice? Jesus died for our freedom. If we allow anything to restrict us or shackle us to a sad, mediocre life, then we are missing His great gift, paid for at such a high price.

Dear God, show me those areas in my life where I’m still acting like a captive — even though You have set me completely free in Christ.

If I’m a captive, it’s by my own choice. Jesus has set me free.

Happy Independence Day to all our American readers! Today as we celebrate freedom, let’s remember that Christ came to set us free not politically, but personally! We are free in Jesus! Come share your thoughts with us on our blog. We want to hear from you! ~ Devotionals Daily 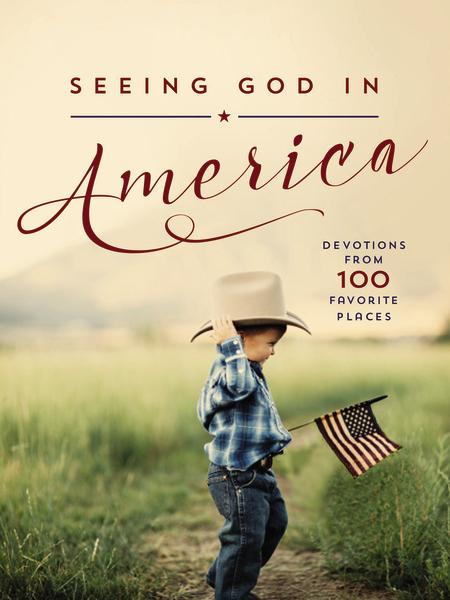 Get the book from FaithGateway