The Pain of Disappointment We all land in heartbreaking places at some point in life, feeling sad, alone, and perhaps drained of our courage to hope again. The reasons can be a miscarriage, like I had, or something else entirely, like when:

Any one of these letdowns can leave us devastated, in shock, sad, discouraged, and dismayed. Any one of these things can leave us withdrawing from life, retreating from the plans and purposes of God. And a series of disappointments can stop us from moving forward altogether, robbing everyone we might have touched with our influence had we been healed of our pain. After all, how can we help anyone else out of their disappointments if we’re stuck in our own? How can we convince others of the wonder of God’s promises if we are plagued with doubt ourselves?

But this would be a hard one to move beyond. Why is it that we can know in our heads that God has our good in mind, that He can redeem any and every circumstance, and yet still feel hugely disappointed and deeply despondent? The questions that arise in our hearts and minds are so real and, at times, gut-wrenching. We can’t help but wonder.

Is God unfair? Unjust? No. He can’t be, even if it looks and feels that way from our perspective. The very definitions of justice we use to determine right from wrong came from Him. His Word shows us who He really is.

The Lord is righteous in all His ways and kind in all His deeds. — Psalm 145:17 NASB

Is He hidden? No. Though at times He can feel that way. He’s promised us that He’s with us at all times, that we can’t get away from Him.

Is He silent? Not completely. We know from experience that in seasons when it feels like God is silent, we still have His Word that is full of His messages for us, messages of love and reassurance. Still, He promises us,

Call to Me and I will answer you, and will tell you great and hidden things that you have not known. — Jeremiah 33:3 ESV

If I was to move beyond the disappointment of this moment — despite all the questions that naturally arose in my heart — then I would have to remind myself of all the things about God I knew to be true, especially in the moments when they didn’t feel true.

JESUS IS WITH US — ALWAYS

I understand that sometimes our experiences will be hard. Hard on our hearts. Hard to understand. Hard to endure. But I’ve learned they will never be impossible to move through. I understand that when we are going through a heart-wrenching season, we may feel like God is far away, even though He has promised to never leave us nor forsake us (Deuteronomy 31:6). I understand that our head may tell us God is trustworthy, but in a moment of aching disappointment, our hearts can tell us He’s not even there. That He doesn’t see and doesn’t care.

But nothing could be farther from the truth. Though we may not see Him or feel Him or recognize Him, God is always in our midst, eager to help us heal and move forward — just like He was for the two disciples walking along the road to Emmaus a few days after Jesus’ death. They felt abandoned, lost, and unsure of where to go or what to do next. They had hoped and believed that Jesus was the one sent to redeem Israel. They had believed in Him, served alongside Him, and followed Him from town to town.

But their hopes were shattered when Jesus’ body was broken, when He was beaten, bruised, crucified, and buried. Their dreams died on the cross with Jesus. Their work toward a new and better kingdom seemed over, buried with Jesus. It seemed that the past three years of spreading the gospel had all been in vain, and now they were bitterly disappointed. Having given up altogether, having lost all hope, they set out from Jerusalem (Luke 24:13-35).

As they walked the road, they began to think and talk, trying to process their pain and make sense of all that had occurred.

“How could God let this happen?” “What should we do now?” Their musings sound so familiar. Then a man met them on the road and began to walk alongside them. But they were so downcast, so crushed, they never took a good look at this fellow traveler who had joined them. Their heads, like their hearts, were bent in despair. Their focus was on themselves and their disappointment.

“What are you discussing?” the man asked. Amazed, they stopped. “Are you the only one visiting Jerusalem who does not know the things that have happened there in these days?” one of the disciples, Cleopas, said.

“What things?” the man asked.

“About Jesus of Nazareth,” the other disciple replied. “The chief priests and our rulers handed Him over to be sentenced to death, and they crucified Him. We had hoped that He was the One who was going to redeem Israel. And what is more, it is the third day since all this took place.”

It was then that the man began explaining to them how Israel was going to be redeemed. He knew the promises of God by heart and explained how those promises would be fulfilled in such a way that they would change the world. A new kingdom was at hand. Walking alongside Him, the disciples listened, and before they knew it, they had reached Emmaus.

When the man started to continue on, the two disciples extended an invitation. “Stay with us.”

The man did, and when they all gathered at the table to eat that night, He

Their eyes were opened. The One walking with them through their disappointment, the One who gave them hope that God had a plan, a plan so big that even a crucifixion couldn’t stop it, a plan that would use the crucifixion to redeem the world, was Jesus Himself. He was not only alive but also here, right in front of them, blessing them, feeding them, walking them through their deepest discouragement, giving them a new perspective so they could move forward, undaunted. He had not left them. He had not forsaken them. And He never would.

How blind we can be! Sometimes, like the disciples, we’re so focused on what’s happened that we can’t see Jesus walking with us through our heartache, leading us to something better ahead, giving us the courage to keep moving forward undaunted. He wants to show us that God has made a way for us that leads far beyond our disappointment. God has big plans for us — things to do, places to go, people to see. Lives to touch. Souls to direct toward Him.

When we face disappointment, rather than conceding and surrendering all hope, we can pray, Lord, I don’t understand why all this has happened. But I do know You want me to keep walking, keep looking for You, keep remembering that it’s what I do with disappointment that matters. Help me, as You helped those on the road to Emmaus, to surrender to You my memories of the past and my plans and dreams and hopes for the future. Help me to heal and move forward.

Christ promises us that beyond disappointment, something better awaits us.

Make disciples of all nations, baptizing them in the name of the Father and of the Son and of the Holy Spirit, and teaching them to obey everything I have commanded you. And surely I am with you always, to the very end of the age. — Matthew 28:16-20

Disappointment is inevitable. Isn’t it odd that when we get disappointed we often get angry at or maybe suspicious of God as if He is the root of the problem? But, He’s not! He’s the Solution and the Healer! Let’s lean into Him when we face a loss or heartbreak. Come share your thoughts with us on our blog. We want to hear from you. ~ Laurie McClure, Faith.Full 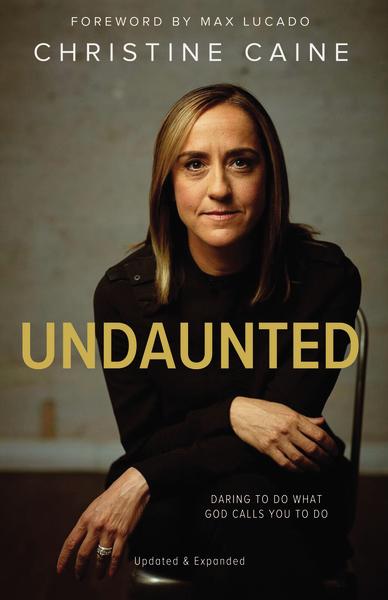