You Were Made for This Moment: Cozy in the Culture 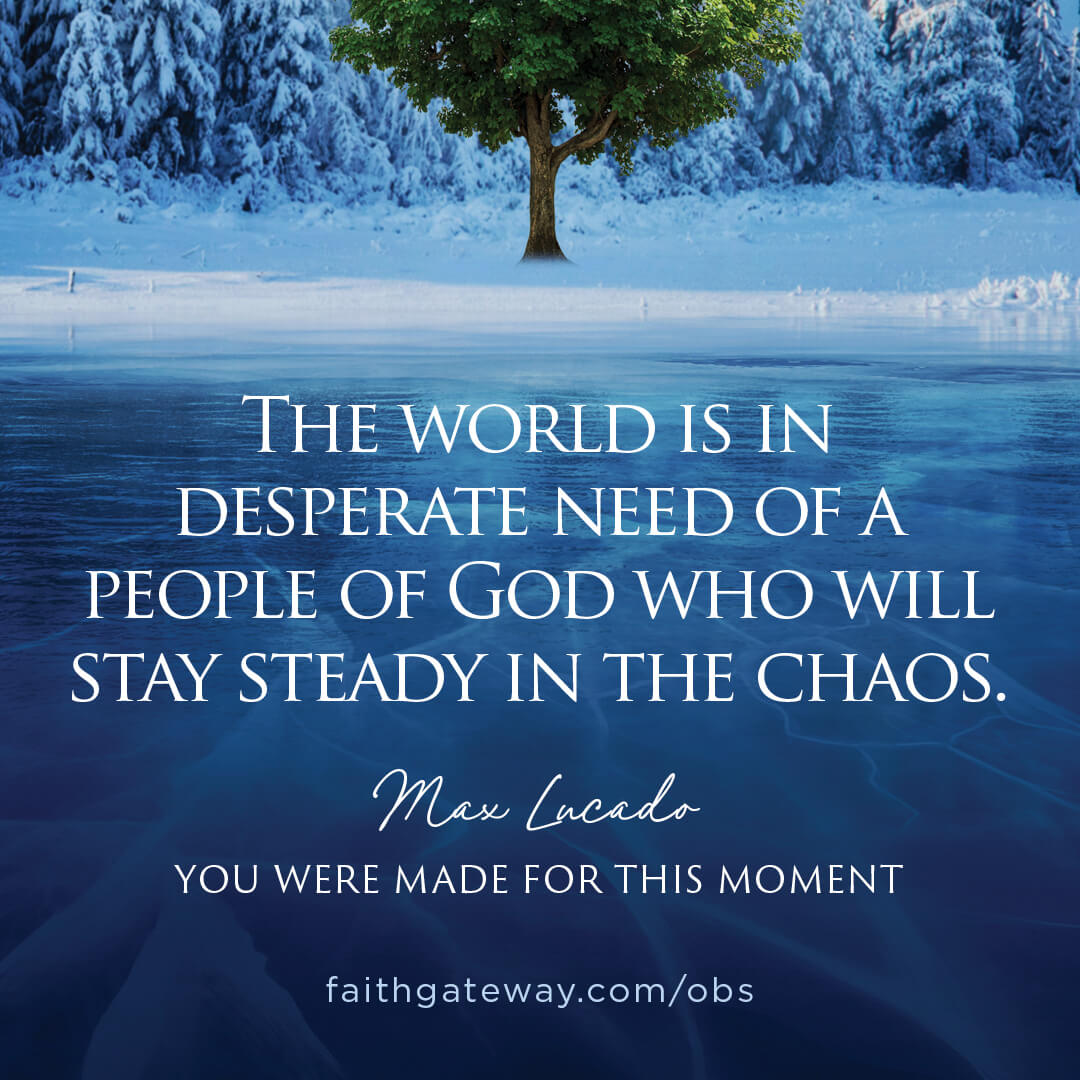 The middle school lunchroom. Do you remember the place? Plastic trays, mystery meat, mini-milk cartons, soggy potato chips… and you. You’re a twelve-year-old kid who has just made it through the lunch line and is now standing, tray in hand, looking over a sea of students and strangers who have already managed to group together at the tables. The question overwhelms you. Perhaps it even kept you up the night before. Where will I sit?

All you want as a twelve-year-old is to belong. And at that age, to belong means to fit in. You don’t want to stand out from the crowd, or be perceived as a loner, or have people think you are in any way strange or different. You want to fit in… even if it means compromising.

Fortunately, for most of us these middle school years are long behind us. But unfortunately, this “where will I sit?” feeling doesn’t end with the eighth grade.

The desire to fit in, and doing whatever it takes to do so, lingers well into our adulthood.

In this first session, we are introduced to Esther and Mordecai, the stars of our play. Eventually, they will also prove to be the heroes of our tale. But they don’t start off that way. When we first meet them, they are fully assimilated into the Persian culture that their families have been a part of for three generations. They have Persian names, work for the Persian government, and live in the Persian city of Susa, one of the kingdom’s main hubs.

As Israelites, Esther and Mordecai had been called to be a holy people who were set apart for God. As Christ followers, we are called to be the same. We are, as Peter said, to see ourselves as “foreigners and exiles” in this world (1 Peter 2:11). Life isn’t supposed to feel too cozy. After all, Jesus has called us to do uncomfortable things — such as believe in Him when those around us do not, and love our neighbor when our neighbor is hard to love, and share His grace and hope with others even when we are afraid of how they may react.

As we turn the pages of Esther, we find that Esther and Mordecai had a great call on their lives — a seemingly impossible task set before them — and that they rose to the occasion. But we can’t forget they started out a bit skittish and hesitant. Yet this fact should give each of us hope, for if God can use them to do great things in spite of their desire to compromise and conform to the culture, then He can certainly use us to do great things as well.

If you or any of your group members are just getting to know one another, take a few minutes to introduce yourselves.

Then, to get things started, discuss one of the following questions:

Ask one person to read the following passage, and then dis- cuss the questions that follow.

Do not conform to the pattern of this world, but be transformed by the renewing of your mind. Then you will be able to test and approve what God’s will is — His good, pleasing and perfect will. — Romans 12:2

What does it mean to conform to the pattern of this world?

How does conforming to the pattern of this world prevent us from knowing God’s will?

Play the video segment for session one. As you watch, use the following outline to record any thoughts, questions, or points that stand out to you.

God has given us a role to play in the grand drama we call life. There will be times when he will call us to step onto the stage to perform the part that He has designed for us.

Mordecai and Esther were members of the Jewish race — the exiled descendants of the people of Israel. There are many words we could use to describe the Israelites, but above all they were to be holy. Biblically, this meant they were to be set apart.

Mordecai was three generations removed from the first Jerusalem exiles. He had begun to assimilate to the Persian culture and blend in rather than stand out. He had gone clandestine with his convictions and deferred his theology to the bureaucracy.

The compulsion to compromise affects us all. Everything around us says “conform.” Our society permits all beliefs except an exclusive belief. It says it’s okay to do whatever you want as long as you accept what everyone else does.

To believe in Jesus as the only redeemer is to incur the disdain of Persia. This is why we must remember our true identity. Our eternal citizenship is not the one printed on our passport. We are subjects of a different King.

We have the same mandate as the Israelites — to be caretakers of God’s promise. The message of Jesus has been entrusted to us, and we have the hope the world needs.

Describe someone whose life indicates he or she is working toward holiness. How do you know this about that person? What do you admire about him or her?

Close your time in prayer. Ask God to help you see any ways that you might be conforming to the culture around you, and ask Him to empower you to start taking bold risks for Him. Write down any prayer requests the group has, and pray for those needs during the coming week.

Join us for the You Were Made for This Moment online Bible study October 25th – December 5th. Sign up today! 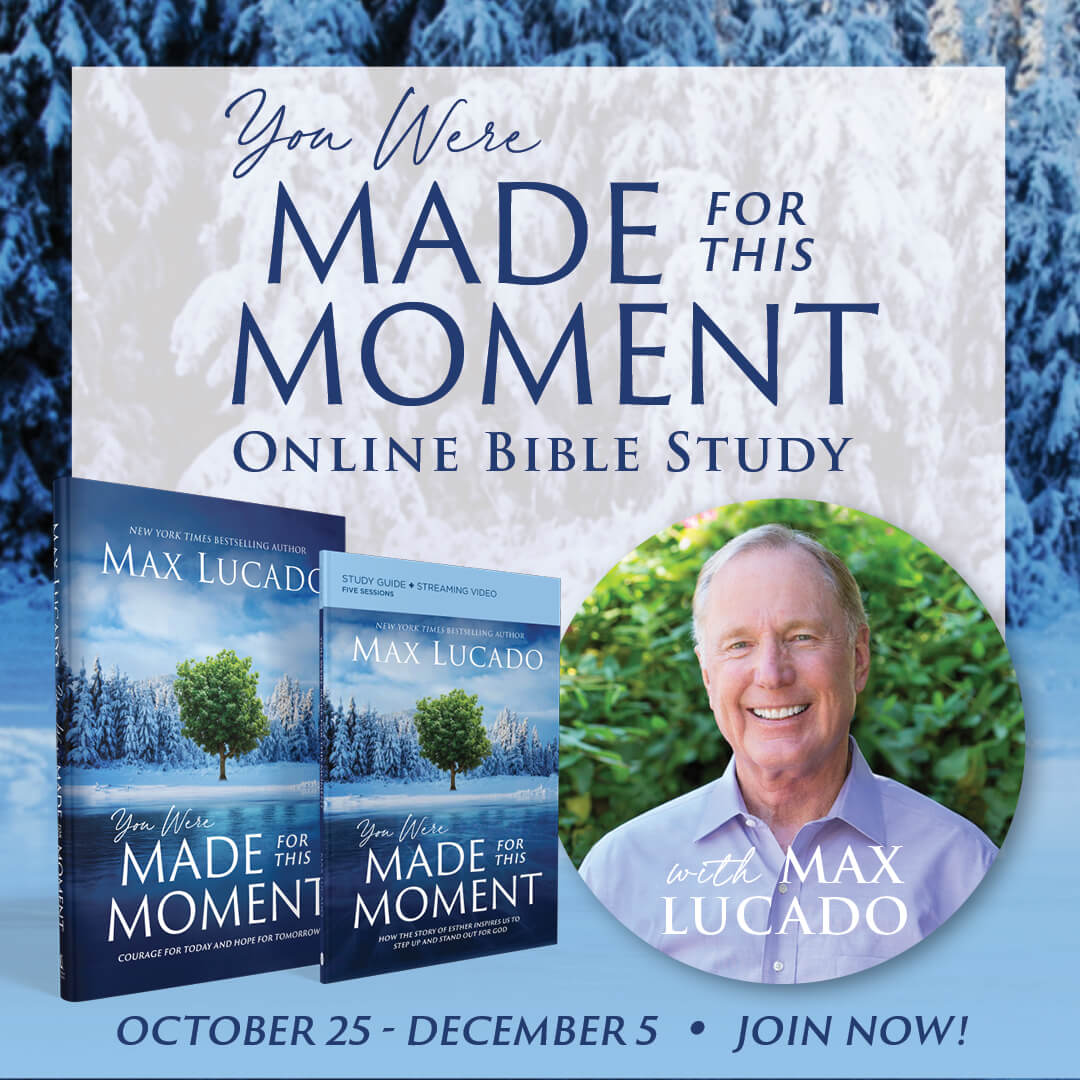