Being Unoffendable: The Ridiculous Idea 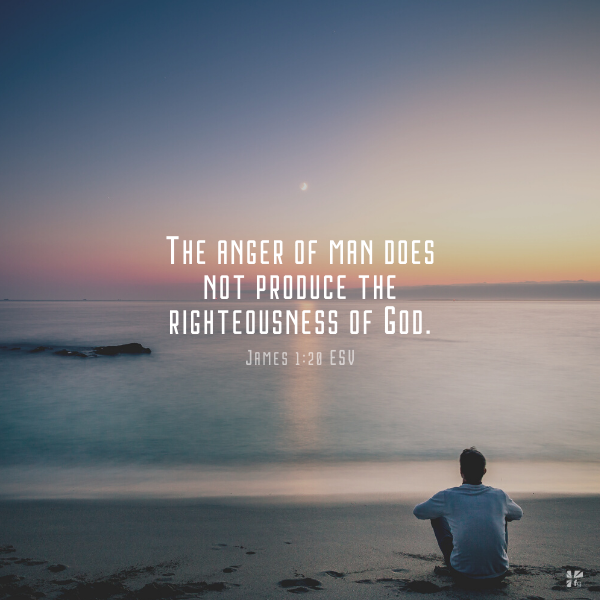 Okay. So this may sound like the dumbest thing you’ve ever read, but here goes:

You can choose to be “unoffendable.”

I remember the guy saying it’s a choice we can make, to just choose not to be offended.

Sure. Right, man. Choose to be unoffendable. Just — you know — choose, as if it’s really just up to us.

I found this offensive.

By the way, I just looked up the definition of offended, and all the dictionaries say something about anger and resentment. When I’m writing about the word here, then, that’s what I mean.

There’s another definition, about having your senses affronted, or offended, but that’s not the definition we’re dealing with here. We just made some homemade barbecue sauce the other day, and we unanimously and immediately agreed, right then and there, that it was highly offensive. That happens.

It’s the taking of offense, and the very presumption that I’m somehow entitled to be angry with someone, that I’m talking about. Surely there’s got to be a place for “righteous anger” against someone, right? Surely there are times we are justified in our anger…

But what that guy said at the business meeting did get me thinking, because he was so obviously wrong.

And besides, since I call myself a Christian person, wasn’t I supposed to be angry at people for certain things? Isn’t being offended part of being a Christian?

So I did what any rational, fair-minded, spiritually mature person would do: I scoured the Bible for verses I could pull out to destroy his argument, logically pummel him into submission, and — you know — win.

Problem: I now think he’s right. Not only can we choose to be unoffendable; we should choose that.

We should forfeit our right to be offended. That means forfeiting our right to hold on to anger. When we do this, we’ll be making a sacrifice that’s very pleasing to God. It strikes at our very pride. It forces us not only to think about humility, but to actually be humble.

I used to think it was incumbent upon a Christian to take offense. I now think we should be the most refreshingly unoffendable people on a planet that seems to spin on an axis of offense.

Forfeiting our right to anger makes us deny ourselves, and makes us others-centered. When we start living this way, it changes everything.

Actually, it’s not even “forfeiting” a right, because the right doesn’t exist. We’re told to forgive, and that means anger has to go, whether we’ve decided our own anger is “righteous” or not.

I’ve got antennae for subtlety like that. I pick up on things.

Plus, lots of the Christian literature out there says I’m wrong.

Typical: This entry from an online devotional, dealing with anger. The writer gives what I think is the reigning understanding: anger’s often just what we need!

There is also a positive, even essential, side to anger. I doubt that we ever accomplish anything fruitful when anger isn’t part of our motivation, on a certain level at least.1

We don’t ever accomplish anything fruitful without anger? Including, say, writing devotionals?

Here’s another example of how we retrofit actual scripture with our current embrace of anger-culture:

Ephesians 4:26 NCV — When you are angry, do not sin, and be sure to stop being angry before the end of the day.

Ephesians 4:26 MSG — Go ahead and be angry. You do well to be angry — but don’t use your anger as fuel for revenge…

Did you catch that? I love Eugene Peterson — the guy who wrote The Message — but sheesh! “You do well to be angry”? That’s not in the original, folks. That’s an updated version. Hope you like it better.

It’s remarkable that Peterson does this, considering that just a couple of sentences later, Paul wrote,

And somehow, from this, we get “You do well to be angry”?

Honest question: Why do we decide to read the Bible that way when it comes to this issue?

And another question: Why, when I talk about anger on my radio show, do so many believers instantly go to the scripture about “In your anger, do not sin,” and then skip the rest of the paragraph? Why ignore the context? Do not be bitter or angry.

Paul was saying, clearly, that, yes, we will get angry; that happens; we’re human. But then we have to get rid of it. So deal with it. Now. We have no right to it.

Another fair question, and one you’re likely asking: But isn’t God allowed to hold on to His anger? Doesn’t Jesus get angry?

My well-read, thoughtful, theologically nuanced response to this is, “Well, yeah, of course.”

We stand as guilty as whoever is the target of our anger. But God? He doesn’t.

God loves you and thinks you’re special, but no… you’re not God.

We won’t often admit this, but we like being angry. We don’t like what caused the anger, to be sure; we just like thinking we’ve “got” something on someone. So-and-so did something wrong, sometimes horribly wrong, and anger offers us a sense of moral superiority.

That’s why we call it “righteous anger,” after all. It’s moral and good, we want to think.

Problem is, “righteous anger” directed at someone is pretty tricky. It turns out that I tend to find Brant Hansen’s anger more righteous than others’ anger. This is because I’m so darn right.

I’m me. I tend to side with me. My arguments are amazingly convincing to me.

But inconveniently, there’s this proverb that says,

You may believe you are doing right, but the Lord will judge your reasons. — Proverbs 16:2 NCV

So it’s not just me. We all, apparently, find ourselves pretty darn convincing. Of course my anger is righteous. It’s righteous because, clearly, I’m right, and they’re wrong. My ways seem pure to me. Always.

In the moment, everyone’s anger always seems righteous. Anger is a feeling, after all, and it sweeps over us and tells us we’re being denied something we should have. It provides its own justification. But an emotion is just an emotion. It’s not critical thinking. Anger doesn’t pause. We have to stop, and we have to question it.

We humans are experts at casting ourselves as victims and rewriting narratives that put us in the center of injustices. (More on this in a bit.) And we can repaint our anger or hatred of someone — say, anyone who threatens us — into a righteous-looking work of art. And yet, remarkably, in Jesus’ teaching, there is no allowance for “Okay, well, if someone really is a jerk, then yeah — you need to be offended.” We’re flat-out told to forgive, even — especially! — the very stuff that’s understandably maddening and legitimately offensive.

The thing that you think makes your anger “righteous” is the very thing you are called to forgive.

Grace isn’t for the deserving. Forgiving means surrendering your claim to resentment and letting go of anger.

Anger is extraordinarily easy. It’s our default setting. Love is very difficult. Love is a miracle. Today I read an article in Inc. magazine about anger and Martin Luther King Jr. The author quoted King’s autobiography, where he wrote, “You must not harbor anger.” But that’s not all. Even when attacked, wrote King, we should love our enemies.2

The author did the usual thing, and spun King’s statement into something of an endorsement of anger, saying we should just make sure we use anger constructively. Fair enough, but I disagree with the author. A couple of things are remarkable about this article, one being that the author purports to agree with Martin Luther King Jr., while saying something nearly the opposite! At a minimum, it’s much less radical, and far less poetic.

King says, “I must not harbor anger,” and the author says, “I agree; let’s use our anger constructively!”

I think we do this with Jesus all the time. We take something like “Love your enemies,” and “Pray for those who persecute you,” and tack on, “But, really, holding on to anger is justified.”

We do it with the apostle James, who, in the Bible, said point-blank that anger does not produce the kind of righteousness God wants in us:

The anger of man does not produce the righteousness of God. — James 1:20 ESV

We do it with Paul, when we read one of his many lists of sins, like Colossians 3:8:

But now also put these things out of your life: anger, bad temper, doing or saying things to hurt others, and using evil words when you talk. — NCV

Let’s admit it: we like anger — our own anger, that is — at some level. We’re just so… justified.

Upon hearing my ideas on anger, a radio listener told me, “I don’t get it. Shouldn’t we be angry at those guys in the news who beat up homeless people?”

Here’s what I think, given that we’re to “get rid of all anger”: Anger will happen; we’re human. But we can’t keep it. Like the Reverend King, we can recognize injustice, grieve it, and act against it — but without rage, without malice, and without anger. We have enough motivation, I hope, to defend the defenseless and protect the vulnerable, without needing anger.

Seek justice; love mercy. You don’t have to be angry to do that.

People say we have to get angry to fight injustice, but I’ve noticed that the best police officers don’t do their jobs in anger. The best soldiers don’t function out of anger.

Anger does not enhance judgment.

Yes, God is quite capable of being both just and angry, but if I’m on trial in front of a human judge, I’m sure hoping his reasoning is anger-free.

Some people think I’m nuts when I talk about this, when I say we’re not entitled to our anger. And maybe I am. At first, I hated this idea too. The thing is, now I’m hoping I’m right, because life has become so much better this way, and I think I can understand Jesus more.

Have you been wronged? Mistreated? Harmed? Yes. Are you angry? That’s normal. You’re human. But, don’t keep it. What offense do you need to forgive? What do you need to push off in order to be more like Jesus? Come share with us on our blog. We want to hear from you! ~ Devotionals Daily