Bother Jesus with the Absurd Ever felt desperate? Ever been in a situation in life when you were totally and completely helpless and you didn’t know what to do or who to turn to?

I have a friend whose son was murdered. The son stood up for a boy who was being picked on by a group of bullies, and the bullies killed him for standing up for the weaker kid. The bullies were from families that were politically well-connected, and no charges were filed against them. It was one of the most difficult funerals I’ve ever had to preach because the room was filled with anger and confusion and pain.

Friends and family members were desperate. They didn’t know what to do with what they were feeling.

“We trust Jesus,” were the words I heard the mom say over and over again. “Only Jesus can help us get through this.”

Jesus was approached by a dad whose daughter was sick and needed help. The dad’s name was Jairus, and like me, he was a preacher. 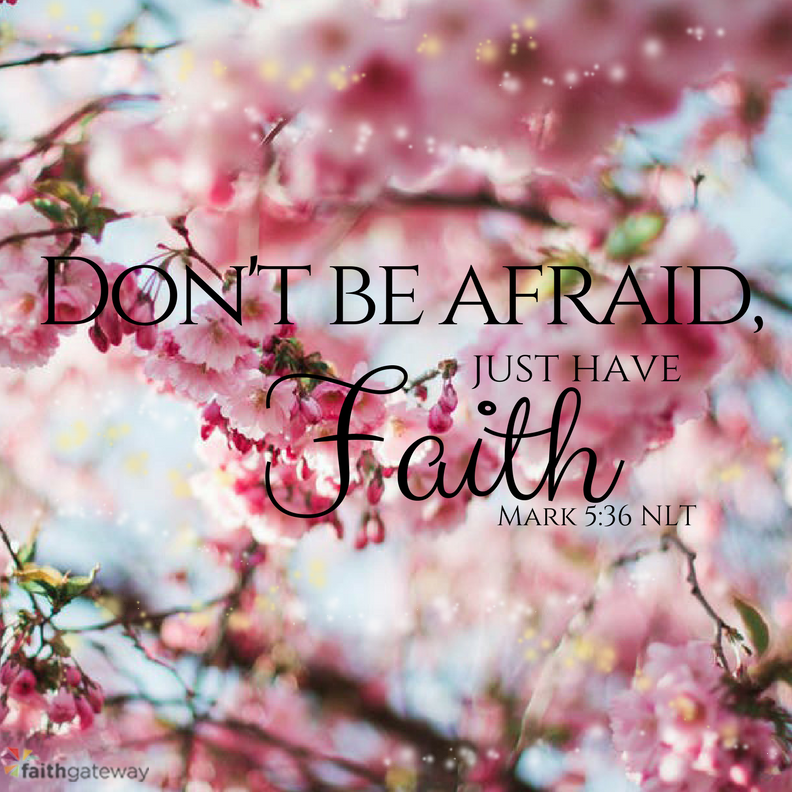 Jairus came and fell down before Jesus, pleading with him to heal his daughter. “My little daughter is dying,” he said in desperation. “Please come and lay Your hands on her; heal her so she can live” (Mark 5:22 NLT).

I recently walked into the home of a family whose college-age daughter had taken her life. Pain and shock don’t even begin to describe the emotional climate of that moment. It was sheer desperation. One family member hyperventilated and passed out upon receiving the news.

That family didn’t need me. They needed Jesus. They needed a power greater and bigger and stronger than themselves.

That’s why I love this little line in Jairus’s story:

It doesn’t matter if Jesus is your first option or your last option; if you want help, Jesus wants to help you.

I keep a picture of a seven-year-old girl with cancer in my prayer journal. The photo won a prestigious award for photography a few years ago. The picture shows her looking in the mirror, and in her reflection she has drawn a head of hair. The radiation and chemo that robbed her of her beautiful hair were replaced by a vivid imagination, and an equally avid hope that her hair would soon return.

As Jesus walked with Jairus to his house, some friends of Jairus showed up and let him know that his daughter had died.

Why bother?
Have you ever thought that?

I’m so out of shape, why bother eating right and exercising now? My marriage is so far gone, why bother going to counseling now? I am so far in debt, why bother putting a budget in place now?

Or students, maybe you’re thinking, Why bother staying pure when all my friends are messing around sexually and making fun of me for guarding my virginity?

I have some friends whose two-year-old daughter, Olivia, has an inoperable brain tumor. They were recently told there was nothing medical science could do for her. They sent her home to die. I talked with Olivia’s dad about the decision.

“Her life with Jesus really will be better than her life with us,” he said over the phone. “But that doesn’t make it any easier to accept that we won’t get to see her grow up.”

As a dad, my heart broke when I heard that.

Olivia’s dad was tired, so I decided to bother Jesus on his behalf. And here’s why: Jesus ignored their comments and said to Jairus,

Sometimes we need to follow Jesus’ example and ignore the doubts of those around us. Jesus can do things that no one else can do, but that is hard to believe when pain surrounds us on all sides. It’s also hard to believe because we’re surrounded by other people who can also do amazing things.

Wim Hof is from the Netherlands, and he climbed nearly to the top of Mount Everest wearing nothing but shorts and boots. He didn’t have a coat or a hat or gloves. Mr. Hof figured out how to regulate his body temperature, so it’s no surprise that he can do what he does.

Alain Robert is from France, and he climbs the tallest buildings in the world without the aid of a harness or a rope. He studied natural climbers like monkeys and squirrels and uses their techniques to scale the exteriors of skyscrapers, so it’s no surprise that he can do what he does.

Dean Karnazes is from the United States, and he completed fifty marathons, one in each state, over the course of fifty days. I can’t run to the mailbox and back without needing an Advil and some oxygen!

Jesus walked into the bedroom of a little girl who was dead and did something that no one else in the course of human history has ever been able to do.

Holding her hand, he said to her, ‘Talitha koum,’ which means ‘Little girl, get up!’ And the girl, who was twelve years old, immediately stood up and walked around!” — Mark 5:41-42 NLT

If what I believe about Jesus doesn’t translate into how I live, then what’s the point? Belief has to affect behavior for it to be faith. Jairus believed Jesus could heal his daughter, so he asked Jesus to heal his daughter. He had nothing to lose and everything to gain by trusting Jesus to do what no one else can do.

My good friend Jud has practiced medicine for more than thirty years, and he said the legal definition for death is the cessation of all brain function, which is irreversible.

The key word is irreversible. What makes everything that we consider impossible to be possible with Jesus is his ability to reverse the irreversible.

And I haven’t mentioned it yet, but on the way to raise this twelve-year-old girl from the dead, Jesus healed a woman who had been bleeding for twelve years. One woman’s blood stopped, but another woman’s bleeding wouldn’t stop. One was rich and one was poor. One had everything to lose and the other had nothing to lose. What Mark is trying to help us see by comparing and contrasting these two women is that Jesus doesn’t discriminate. Educated or uneducated, rich or poor, young or old, male or female — all Jesus sees when He looks at us is our need, and what He wants us to see when we look at Him is His ability to meet that need.

Jesus can do what no one else can do.

Augustine once said, “Miracles are not in contradiction to nature. They are only in contradiction with what we know of nature.” Jesus not only created the natural world we live in. He also controls it.

In the natural world, people want to limit conversations to facts. The fact is this little girl was dead. But another equally valid fact is that Jesus raised her from the dead. He also raised Himself from the dead.

I think there’s only one thing to do.

I remember praying for my dad to be healed from cancer, and I remember the moment he died. My oldest brother said, “God answered our prayers.” Though I wanted to keep my dad around, I knew the greater miracle wasn’t the fact that God could heal him of cancer, but that God could raise him from the dead.

So I’m doing what I did before my dad died.

One of the reasons I trust Jesus is because of what he did for the little girl after he raised her from the dead:

Being dead will make you hungry.

What this little detail in the narrative tells me is that Jesus really cared about her. Her growling stomach mattered as much to Him as her beating heart. And when everyone tried to direct all the attention toward Jesus, He immediately redirected it toward the little girl. I’m drawn to His humility as much as I am His power, and it makes me trust Him and love Him even more.

Tap Him on the shoulder and ask for help.

Excerpted with permission from Me Too: Experience the God Who Understands by Jon Weece, copyright Jon Weece.

Have you settled into a “Why bother?” mentality when it comes to asking Jesus for help? Have you been frustrated by a season of waiting, or the Lord’s apparent silence, or by a No from Him? Don’t be afraid — have faith! Jesus can do what no other person in the history of the world could ever do! Ask Him for the help you need. Come share with us on our blog. We want to hear from you about “bothering” Jesus! ~ Devotionals Daily