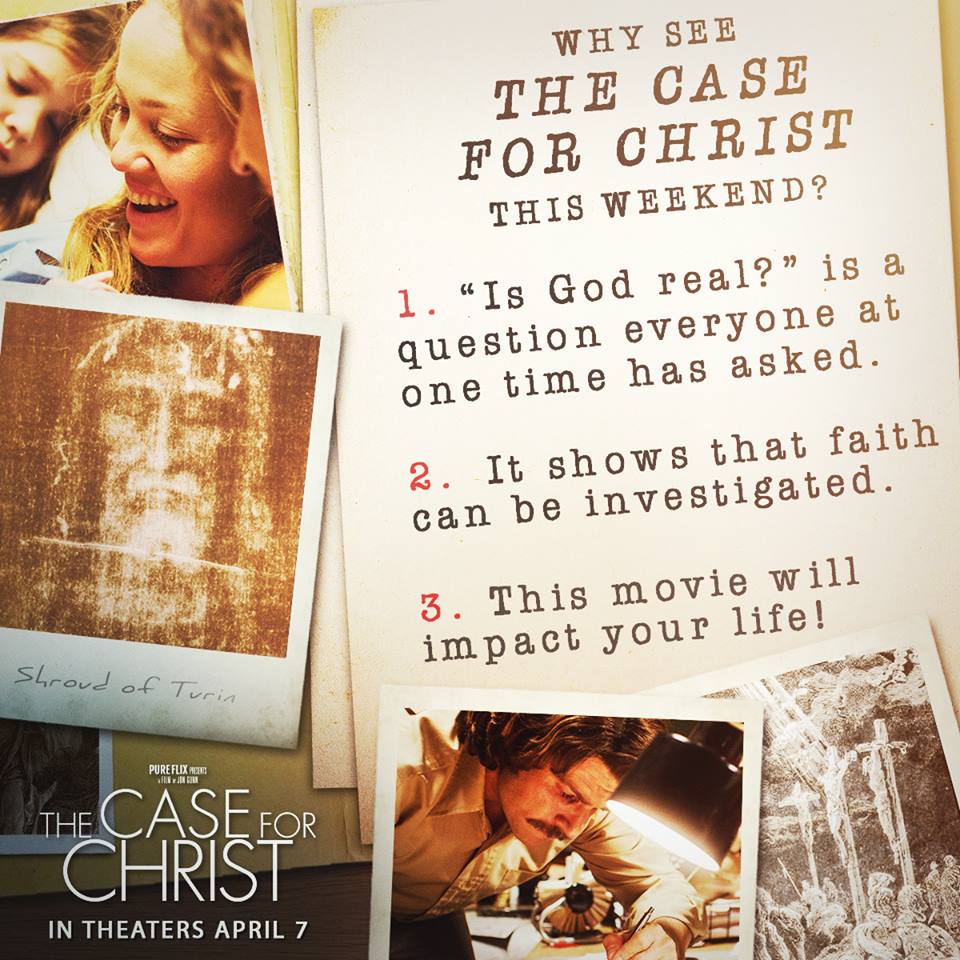 Editor’s Note: See the movie that has everyone talking about Jesus! Critics and moviegoers alike are raving about The Case for Christ, based on Lee Strobel’s bestselling book, now playing in theaters nationwide with an additional 500 theaters added for this Easter weekend! Be sure to bring your friends and family to see this important film! Get your tickets here: http://bit.ly/cfcTickets

I started my original investigation as a spiritual skeptic, but after having thoroughly investigated the evidence for the resurrection, I was coming to a startlingly unexpected verdict. One final fact — described by a respected philosopher named J. P. Moreland — clinched the case for me. “When Jesus was crucified,” Moreland told me, “His followers were discouraged and depressed. So they dispersed. The Jesus movement was all but stopped in its tracks. Then, after a short period of time, we see them abandoning their occupations, regathering, and committing themselves to spreading a very specific message — that Jesus Christ was the Messiah of God who died on a cross, returned to life, and was seen alive by them.


“And they were willing to spend the rest of their lives proclaiming this, without any payoff from a human point of view. They faced a life of hardship. They often went without food, slept exposed to the elements, were ridiculed, beaten, imprisoned. And finally, most of them were executed in torturous ways. For what? For good intentions? No, because they were convinced beyond a shadow of a doubt that they had seen Jesus Christ alive from the dead.”

Yes, people will die for their religious convictions if they sincerely believe they are true. Religious fanatics have done that throughout history. While they may strongly believe in the tenets of their religion, however, they don’t know for a fact whether their faith is based on the truth. They simply cannot know for sure. They can only believe.

In stark contrast, the disciples were in the unique position to know for a fact whether Jesus had returned from the dead. They saw Him, they touched Him, they ate with Him. They knew He wasn’t a hallucination or a legend. And knowing the truth, they were willing to die for Him.

That insight stunned me. The disciples didn’t merely believe in the resurrection; they knew whether it was fact or fiction. Had they known it was a lie, they would never have been willing to sacrifice their lives for it. Nobody willingly dies for something that they know is false. They proclaimed the resurrection to their deaths for one reason alone: they knew it was true.

And based on the historical data I had examined, I became convinced they were right. Combined with the other evidence for Jesus that I describe in my book The Case for Christ, I concluded that He really is the one and only Son of God, who proved it by rising from the dead.

The Formula of Faith

As soon as I reached that monumental verdict, the implications were obvious. If Jesus overcame the grave, He’s still alive and available for me to personally encounter. If Jesus conquered death, He can open the door of eternal life for me too. If He has divine power, He has the supernatural ability to guide and transform me as I follow Him. As my Creator who has my best interests at heart, He rightfully deserves my allegiance and worship. 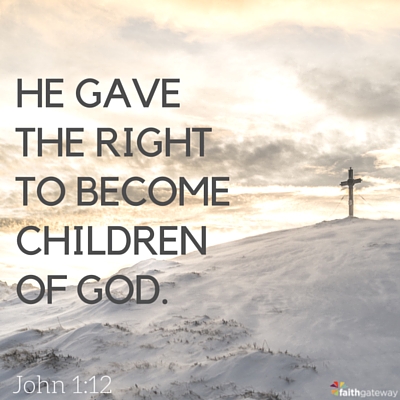 Unsure what to do, I turned to a Bible verse I had encountered earlier. John 1:12 says,

Yet to all who received Him, to those who believed in His name, He gave the right to become children of God.

Essentially, then, the formula for becoming adopted into God’s family is:

Because of the evidence, I now believed Jesus to be the Son of God. But to become His child, it was necessary for me to receive the free gift of forgiveness that He purchased with His life on the cross.

So on November 8, 1981, I talked with God in a heartfelt and unedited prayer, admitting and turning from all of my wrongdoing, and receiving the free gift of forgiveness and eternal life through Jesus. I told Him that with His help I wanted to follow Him and His ways as best I could from that moment forward.

Some people feel a rush of emotion at such a moment; for me, there was something equally exhilarating: the rush of reason.

Looking back, I can see that this was nothing less than the pivotal event of my entire life. Over time my character, values, attitude, priorities, worldview, philosophy, and relationships began to change — for the good.

So much so that a few months after I became a follower of Jesus, our five-year-old daughter, Alison — who had previously only known a father who had been profane, angry, verbally harsh, drunken, and all too often absent — walked up to my wife and said, “Mommy, I want God to do for me what He’s done for Daddy.”

In effect, she was saying, “If this is what God does to a human being, then that’s what I want for me.” Even at that early age, she experienced an authentic spiritual transformation that shines through her life to this day.

Now, what about you? Maybe you (have) come to your own verdict about Jesus, and you’re ready to offer the same kind of prayer that changed my life and eternity. Believe me, I’ll be cheering you on as you do!

Or maybe you’re still a skeptic or seeker. If so, let me challenge you to pursue the truth about Jesus enthusiastically and honestly. Make this a front-burner issue. You might want to whisper a prayer to the God who you’re not sure exists, asking Him to guide you to the truth about Him.

After all, there’s a lot riding on your verdict. If Jesus really is the Son of God, then your eternity hinges on how you respond to Him. As Jesus said in John 8:24,

If you do not believe that I am the one I claim to be, you will indeed die in your sins.

Those are sober words, offered out of loving concern. In fact, His love for you is so great that He willingly suffered the torture of the cross to pay the penalty for all the wrong things you’ve ever done. He offers complete forgiveness, His leadership and guidance, and an open door to heaven to all who put their trust in Him.

The choice is yours.

Excerpted with permission from The Case for Easter by Lee Strobel, copyright Lee Strobel.

If you are a believer, come share your story of accepting Jesus as your Savior! If you have yet to place your faith in Him, today may be your day to take a LEAP of faith! Come share your thoughts with us on our blog. We want to hear from you! ~ Devotionals Daily