Death Row: “I Will Not Forget You” Says the Lord During those years, even though I was sentenced to die, I was preparing to live. Reading was the key, and I was determined to learn to read. I learned words by sound and sight. My ability to recall letters and sounds began to improve — I hadn’t harmed my mind too much by using drugs on the street. Some of the guys answered my questions about letters and sounds, but mostly I worked by myself, slowly and methodically. I wanted so much to communicate with the outside world — to talk to someone out there and let them know where I was, that I was still alive, and that I wanted a human touch. I prayed to God for a friend, someone who would care about me. But how would I ever find one?

I couldn’t write a letter, so I tried to make phone calls. We were allowed one three-minute phone call each month. The procedure was that the guard would call out your name and if you wanted to try a phone call, you would get in a line. When your turn came, you would tell the officer the phone number and he would dial it. The officer dialed my number to call Bella, my ex-girlfriend, and no one answered. That ended my monthly call.

I was so desperate for help, but I couldn’t even spell help to ask anyone for it. When the officer closed my prison door that night, I felt a sense of panic. I was alone, trapped, surrounded by criminals, and sentenced to die. But I couldn’t call anyone or even write help. And if I did learn that word, who would I send it to?

I was allowed paper, but I couldn’t communicate with it. I couldn’t ask a fellow prisoner to write for me, because they often played mind games and wrote whatever they wanted on the paper.

I just had to learn to write. I used my paper to write down letters and connect them with sounds. As I said, I copied words that popped up on television ads. I copied them down and worked on the sounds. I also tried to memorize words. I would look over my list of accumulated words and ask God to help me learn to read. I might or might not survive death row, but I was going to die literate, or at least die trying.

During the day, I would do physical exercise in my cell and then study. I would pick up the Bible each day, trying to learn new words by sounding them out. “God, please help me understand what You are saying here,” I would ask, and I continued to get better. I would spell out words in the Bible and ask the guys in the cells next to me what the words were. I would try to comprehend whole sentences this way.

After a while, the guys nearby pretended they were asleep to avoid answering so many questions. Sometimes I would just hold that Bible, wanting to understand it and wanting to read it so badly. With time, I actually began to learn whole sentences.

During 1983, Time magazine was doing a story on crime and punishment, and they were interviewing death row inmates throughout the United States. When they got to Alabama, they asked the Southern Poverty Law Center to recommend an inmate to interview, and the center chose me. Other inmates on death row told me not to do the interview, but I decided it was a good opportunity.

The person from Time magazine came to Holman and interviewed me on the visiting yard. She was a young white lady who looked to be in her late twenties or early thirties. She smoked, and she asked me if I smoked. I said I had just stopped. She began to smoke.

Believe it or not, I cannot remember much of what she asked me, other than what it was like to be on death row. I guess I was nervous. I said I felt like a dog in a dog pen waiting to die. Then she also asked me if I was sorry for my actions and if I had remorse.

I said yes and explained why. That’s all I remember.

After I did the interview and the article came out, the guys on death row immediately began ridiculing me. Why? Because Time magazine reported that convicted murderer Mitchell Rutledge had an IQ of 84, just barely above mental retardation. The article also said I never had any visitors (except for my court-appointed lawyer). The conclusion the writer made was that since I was obviously mentally defective and was of no value to anyone, I should just be locked up forever and let’s be done with it. “Forget him” were the last words.

My fellow prisoners were laughing at me, and I had to admit that I had scored poorly on the prison’s mental evaluation because I couldn’t read. The article portrayed me as worthless and almost subhuman — hardly a grand entrance for my opening communication to the outside world. But what I was about to see was the movement of God. If He could make a donkey talk and then make the sun stand still for Joshua, He could put that article to use for me, and that’s exactly what happened. 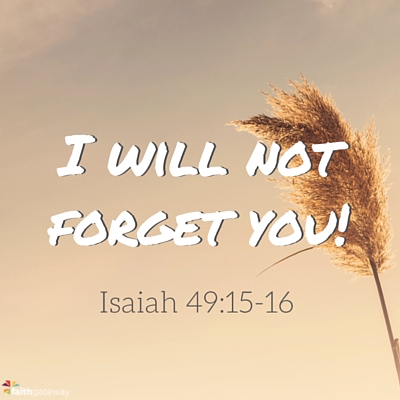 I am a teacher, and when I read the section in the Time article featuring Mitchell Rutledge, it was on a school morning. I lived in Southern California, where I had grown up and gone to college. My schedule on such a morning was tight and measured to arrive at school on time. But that morning I did what I felt compelled to do regardless of the time constraint.

Several points struck me as I read the passage: Mitchell’s age, his admission of guilt and remorse, and his realization that his expressing regret would not be understood. When the interviewer labeled Mitchell with a low IQ score, my strong adverse reaction was that this resulted in denigrating Mitchell’s worth as a person. But the words “not worth killing” were the most offensive I had read about a human being. That statement completely negated every humanitarian principle I held. What concept, when you think about it, would be more annihilating to a person’s value!

The journalist’s next suggestion followed, “Let him sit in his eight-by-five-foot cell and forget him . . .”1

This caused a quotation from the book of Isaiah to surface in my memory:

The very next moment, I wrote my response to Time, objecting to the educationally unethical use of an IQ score and their negative characterization of Mitchell as a human being “not worth killing.” I stated this was one person who would not forget him and said they could forward my letter to him, which they did.

I was teaching history at Murray State University in Kentucky when my wife, Anita, and I read the Time article. The death penalty was hotly debated in those days because the federal case involving inmate Gary Gilmore and the death penalty had been in the news. The Time article was lengthy and covered the details of many prisoners. Anita and I were so saddened by the tragic stories of the heinous murders committed by the men who were now sitting on death row in various prisons around the country.

These accounts of murder and death row prisoners were foreign to my background. Many of the inmates were African Americans. I grew up in the suburbs of Lincoln, Nebraska, and I knew few blacks growing up. I did study black history in college, but it was just an area of study I needed to cover to get my PhD in American economic history.

I was glad when the Supreme Court restored the death penalty in the 1980s, because execution seemed to me to be the proper penalty for premeditated murder. When I came to the Mitchell Rutledge story, however, I was stumped. This Mitchell Rutledge was the only person in the article who said he was sorry for his crime and that he regretted what he had done. I was also struck by the statement that he never had visitors other than his lawyer. I had only been a Christian for one year, and I wondered if this Rutledge guy might be executed before he had a chance to know that God would forgive him, that he could go to heaven if he accepted Jesus into his life.

I went to bed that night, but I couldn’t sleep because I kept thinking of that prisoner on death row in Alabama. I couldn’t get him out of my mind. Was this guy with the 84 IQ capable of reading a letter and understanding the salvation message? The next day, I wrote a letter in block letters to Mitchell Rutledge, telling him who I was and that I wanted to correspond with him.

I said that I had read his article in Time, and I told him, “What you did was wrong, but you are right to say you’re sorry for what you did. You can accept God’s forgiveness and even if you are executed, you can go to Heaven.”

I didn’t have an address in Alabama. The atlas I looked at showed no town of Holman in Alabama, so I simply wrote “Holman Prison, Alabama” under Mitchell’s name and picked out a zip code in Alabama. Then I prayed that he would receive my letter and I mailed it.

Miraculously, Mitch did get my letter.

Excerpted with permission from Death on Hold: A Prisoner’s Desperate Prayer And The Unlikely Family Who Became God’s Answer by Burton W. Folsom and Anita Folsom, copyright Burton and Anita Folsom.

Have you been involved in a prison ministry or befriended someone who was outcast by the rest of the world? Share your stories today on our blog!