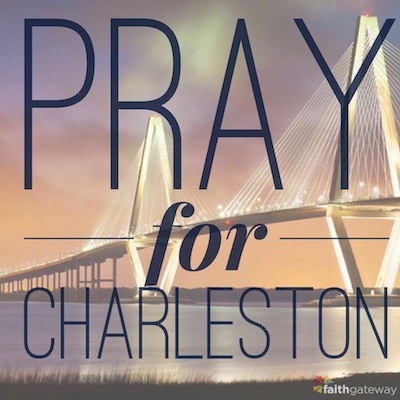 You never know what to say at funerals. This one is no exception. The chapel is library quiet. People acknowledge each other with soft smiles and nods. You say nothing.

What’s to be said? There’s a dead body in the place, for crying out loud! Just last month you took the guy out to lunch. You and Lazarus told jokes over nachos. Aside from a bad cough, you thought he was healthy.

Within a week you learned of the diagnosis. The doctor gave him sixty days. He didn’t make it that long. Now you’re both at his funeral. He in the casket. You in the pew. Death has silenced you both.

The church is full, so you stand at the back. Stained glass prisms the afternoon sun, streaking faces with shafts of purple and gold. You recognize many of them. Bethany is a small town. The two women on the front pew you know well. Martha and Mary are the sisters of Lazarus. Quiet, pensive Mary. Bustling, busy Martha. Even now she can’t sit still. She keeps looking over her shoulder. Who for? you wonder.

In a matter of moments the answer enters. And when He does, she rushes up the aisle to meet Him. Had you not known His name, the many whispers would have informed you. “It’s Jesus.” Every head turns.

He’s wearing a tie, though you get the impression He rarely does. His collar seems tight and His jacket dated. A dozen or so men follow Him; some stand in the aisle, others in the foyer. They have a well-traveled, wrinkled look, as if they rode all night.

Your thoughts are interrupted by Martha’s accusation:

You can’t fault her frustration. Are she and Jesus not friends?

When Jesus and His followers had nowhere else to go, “Martha welcomed them into her home” (Luke 10:38). Mary and Martha know Jesus. They know Jesus loves Lazarus. “Lord,” they told the courier to tell him, “the one you love is very sick” (John 11:3). This is no fan-mail request. This is a friend needing help.

Desperately needing help. The Greek language has two principle words to express sickness: one describes the presence of a disease, the other its effects. Martha uses the latter. A fair translation of her appeal would be, “Lord, the one you love is sinking fast.”

Friends send Christ an urgent appeal in a humble fashion, and what does he do? “He stayed where he was for the next two days and did not go to them” (John 11:6). By the time He arrives, Martha is so broken up she hardly knows what to say. With one breath she rebukes: “Lord, if You had been here, my brother would not have died” (John 11:21). With the next she resolves:

Every funeral has its Marthas. Sprinkled among the bereaved are the bewildered.

Help me understand this one, Jesus.

This has been the prayer of Karen Burris Davis ever since that November morning when her son — and, consequently, her sun — failed to rise. Jacob was thirteen. The picture of health. Four medical examiners have found no cause of death. Her answer, she says, is no answer.

I miss Jacob so much that I am not sure I can do this. I stand at the cemetery, knowing his body is down there, and think how insane it is to feel like if I start digging, I could see him just one more time. I just so much want to smell his hair and touch him… How quickly the scent of someone goes away. I would have thought it would have lingered forever, that sour boy smell and those stinky tennis shoes. Of course, sometimes he actually did smell of soap and shampoo. The house is so empty without all his noise and plans.

Grief fogs in the heart like a Maine-coast morning. The mourner hears the waves but sees no water. Detects voices but no faces. The life of the brokenhearted becomes that of a “footwatcher, walking through airports or the grocery store staring at feet, methodically moving through a misty world. One foot, then the other.” (Billy Sprague, Letter to a Grieving Heart: Comfort and Hope for Those Who Hurt)

Martha sat in a damp world, cloudy, tearful. And Jesus sat in it with her.

I am the resurrection and the life. Those who believe in me, even though they die like everyone else, will live again. — John 11:25

Hear those words in a Superman tone, if you like. Clark Kent descending from nowhere, ripping shirt and popping buttons to reveal the S beneath. “I AM THE RESURRECTION AND THE LIFE!!!” Do you see a Savior with Terminator tenderness bypassing the tears of Martha and Mary and, in doing so, telling them and all grievers to buck up and trust?

I don’t. I don’t because of what Jesus does next.

He sits on the pew between Mary and Martha, puts an arm around each, and sobs. Among the three, a tsunami of sorrow is stirred; a monsoon of tears is released. Tears that reduce to streaks the watercolor conceptions of a cavalier Christ. Jesus weeps.

He weeps with them.

He weeps for them.

He weeps with you.

He weeps for you.

He weeps so we will know: Mourning is not disbelieving.

Flooded eyes don’t represent a faithless heart. A person can enter a cemetery Jesus-certain of life after death and still have a Twin Tower crater in the heart. Christ did. He wept, and he knew he was ten minutes from seeing a living Lazarus!

And His tears give you permission to shed your own. Grief does not mean you don’t trust; it simply means you can’t stand the thought of another day without the Jacob or Lazarus of your life.

If Jesus gave the love, He understands the tears. So grieve, but don’t grieve like those who don’t know the rest of this story.

Jesus touches Martha’s cheek, gives Mary a hug, stands, and turns to face the corpse. The casket lid is closed. He tells Martha to have it opened. She shakes her head and starts to refuse but then pauses. Turning to the funeral home director, she says, “Open it.”

Since you are standing, you can see the face of Lazarus. It’s waxy and white. You think Jesus is going to weep again. You never expect Him to speak to his friend. But He does. A few feet from the casket Jesus yells,

Preachers always address the living. But the dead? One thing is sure. There better be a rumble in that casket, or this preacher is going to therapy. You and everyone else hear the rumble. There is movement in the coffin.

Dead men don’t wake up. Dead hearts don’t beat. Dried blood doesn’t rush. Empty lungs don’t inhale. No, dead men don’t come out — unless they hear the voice of the Lord of life. The ears of the dead may be deaf to your voice and mine but not to His. Christ is

When Christ speaks to the dead, the dead listen.

Indeed, had Jesus not addressed Lazarus by name, the tenant of every tomb on earth would have stepped forth. Lazarus jolts up in the coffin, blinks, and looks around the room as if someone carted him there during a nap. A woman screams. Another faints. Everyone shouts. And you? You learned something. You learned what to say at funerals.

You learned there is a time to say nothing. Your words can’t dispel a fog, but your presence can warm it. And your words can’t give a Lazarus back to his sisters. But God’s can. And it’s just a matter of time before He speaks.

The Lord himself will come down from heaven with a commanding shout… All the Christians who have died will rise from their graves. — 1 Thessalonians 4:16

Till then, we grieve, but not like those who have no hope.

And we listen. We listen for His voice. For we know who has the final say about death.

Excerpted with permission from Next Door Savior by Max Lucado, copyright Thomas Nelson.

Lift up your prayers today for the people of Charleston today on our blog. May the peace of our Lord surround them and give them strength for tomorrow. ~ Devotionals Daily