Humility: To Love God Is to Cooperate with His Grace There is a woman named Abigail in 1 Samuel 25 who had to decide between grace and bitterness.

Abigail was a woman well acquainted with hardship, negative people, rejection, and things not turning out as I’m sure she wished they would. But somehow she remained steady. And her steadiness proved to have a profound impact on the life of David. This is the David who defeated Goliath, who became the king of Israel, who, though he fell and faltered many times, God said was a man after His own heart. This David is the one from whose bloodline King Jesus would come.

Abigail isn’t talked about or heralded much today. I’m not sure why. When everyone else arrives in heaven and is clamoring to have coffee with the saints of old, she’s one who will be at the top of my list. I feel pretty certain we are destined to be BFFs. Of course, she doesn’t know this, so if you get there before me, please don’t tell her and make her think I fall in the creeper-stalker category.

But seriously, I adore this woman.

She was married to a fool named Nabal — his name literally means “fool” in Hebrew — who had deeply offended David.

David and his men had served Nabal by protecting his herds, and since it was a feast day, he sent Nabal a message asking for his “favor,” requesting special festive food. The Hebrew root word for favor here is chen, which also means “grace.” But Nabal denied David. He didn’t give him food. And he certainly didn’t give him favor or grace. Instead, he responded with an infuriating rejection of David and his men. David, in turn, vowed to kill Nabal and all the males belonging to him.

Obviously this horrible situation caused by her husband’s careless words deeply affected Abigail. And it wasn’t just this event that seemed so hard on her. I’m sure Nabal’s cruelty and foolishness spilled in her direction more often than anyone else’s. She probably felt rejected again and again in her marriage. And then again and again by the people who wanted nothing to do with the wife of such a foolish man.

But instead of filling up this rejected space with insecurity, she found stability by filling it with grace. The more she hurt, the more she learned how to help others who were hurt. In this situation, she figured out a way to give David not only festive food but also the kindness Nabal had denied him. She gave to him out of her own lack, from the empty places in her heart that God so graciously filled. With an enormous space for grace, she approached David, the man about to kill her family and her servants, and she quickly bowed down before him.

I want this. But, boy, is it hard to live like this in the heated moment of hurt. I’m stunned by how well Abigail lived this. I find myself trying to resist grace in her story. After all, her first words to David seem so beyond what my own feelings would have allowed in this situation:

I read this and clench my jaw. I’ve grown so fond of her I absolutely refuse to be okay with her owning any part of this. Cast the blame on Nabal. He’s the jerk in this story. Or place the blame on David. He’s the hot-headed one here.

She’s already had to wrestle under the weight of an unfair life. Now she has to step in between her ridiculous husband and a hungry, crazed David to take on blame that clearly wasn’t hers to bear?

She’s the victim. She’s the one who, in the middle of getting ready for a festival, had normal ripped right out from her midst. One minute she’s making out her Target and Hobby Lobby errands list, and the next minute a servant comes and announces disaster is hanging over her household. But instead of bowing to anger, cynicism, blame — all too often the fruits of living rejected — she chooses grace. 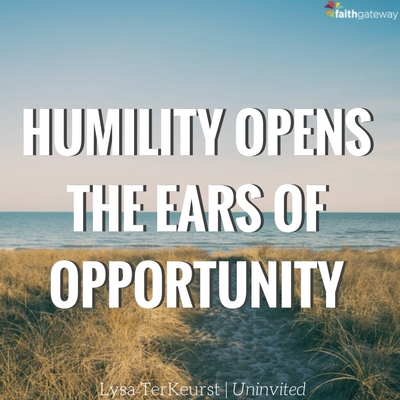 How did she process this in such a healthy way? Had she some tweaking of the soul? Some vision of the bitter box reeking of rot that deterred her from walking toward it? I don’t know these details. But I do see an immediate cooperation with grace.

Her giving grace doesn’t justify her husband or validate David. It saves her.

It makes David stop cold in his heated tracks. It makes the men, pulsing with swords in their hands and death on their minds, pause. I can almost see their arms full of weapons and their bodies full of testosterone tremble. What a scene. Though Abigail is bowed low, grace gives her the upper hand. She refuses to be a victim of a circumstance she can’t fully change. Instead she changes what she can.

It’s impossible to hold up the banners of victim and victory at the same time. With victory in mind, she bows low before David and, with great courage, allows the mantle of blame to be placed on her shoulders. After all, she’s the only one strong enough to handle it.

The humiliation of being married to a man named Fool had secretly worked something good deep within Abigail’s soul. The more she cooperated with grace, the more her humiliation turned into humility. Humility can’t be bought at a bargain price. It’s the long working of grace upon grace within the hurts of our hearts.

Humility gave Abigail the greatest advantage in this life-and-death conversation with David.

Humility opens the ears of opportunity.

Abigail was able to digest her life of rejection and unfairness married to a man named Fool and instead of choosing bitterness, she expressed humility which radically shocked David and which changed her life. How can you show humility today in difficult and unfair circumstances? Come share with us on our blog. We want to hear from you! ~ Devotionals Daily 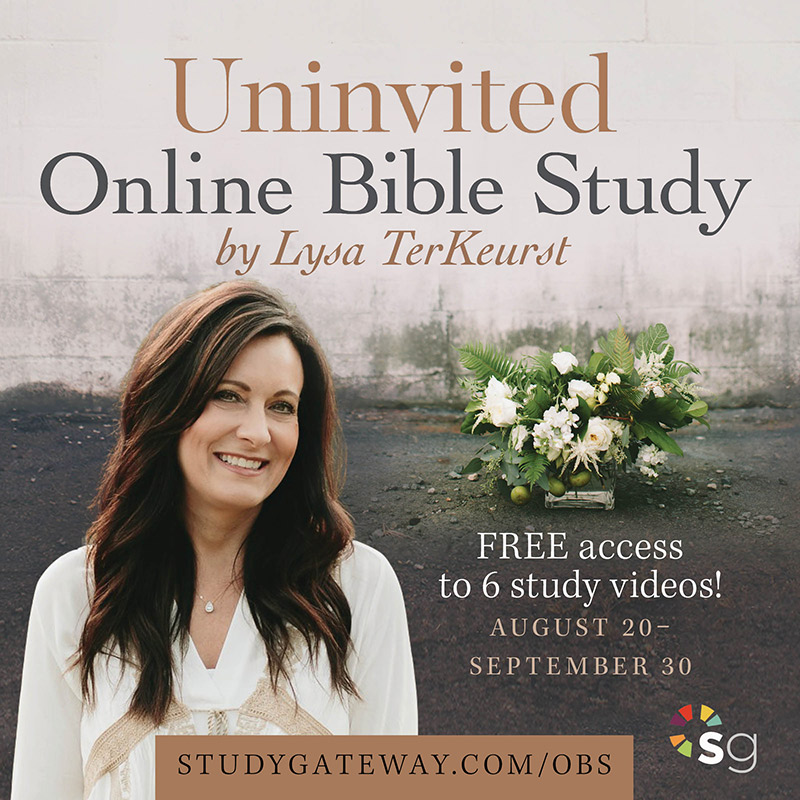 Sign up for the Uninvited Online Bible Study today!