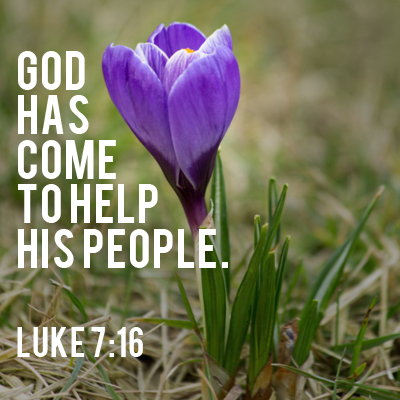 I will tell you something that has been secret: that we are not all going to die, but we shall all be changed. – 1 Corinthians 15:51

“You’ll only have about ten minutes,” my host explained.

“Ten minutes is all I need,” I told him.

So he pulled the car over and let me out. A gray sky was shedding a coat of drizzle. I pulled my overcoat tighter around my neck. The barren trees and dead grass cast an appropriate backdrop for my mission. I walked a few hundred yards, descended a sloping sidewalk, and there it was. The Washington Monument to my left, the Lincoln Memorial to my back, and before me stretched the Vietnam Veterans Memorial.

The wailing wall of a generation. Black marble tablets carved with names that read like the roster of a high school football team more than a list of dead soldiers – Walter Faith, Richard Sala, Michael Andrews, Roy Burris, Emmet Stanton. Each name a young life. Behind each name was a bereaved widow… an anguished mother… a fatherless child.

I looked down at my feet. There lay a dozen roses, soggy and frosty from the weather. It was the day after Valentine’s Day. A girlfriend or wife had come to say, “I still remember. I haven’t forgotten.”

Next to me stood a trio. By the emotion on their faces, it was obvious they hadn’t come out of curiosity. They had come out of grief. The one in the center caught my attention.

He wore a green army coat. He was big. He was black. He was bearded. Angry tears steamed down his face. Twenty years of emotion still trying to find an exit.

A couple walked behind me. They were looking for a name. In their hands was a program that told them on what tablet to look. “Did you find it?” I heard the woman ask. “Every name has a number.”

True, I thought. Every name does have a number and sooner or later every number is called.

It was then that I stopped looking at the names and stared at the monument. I relaxed my focus from the lettering and looked at the tablet. What I saw was sobering. I saw myself. I saw my own reflection. My face looked at me from the shiny marble. It reminded me that I, too, have been dying as long as I have been living. I, too, will someday have my name carved in a granite stone. Someday I, too, will face death.

Death. The bully on the block of life. He catches you in the alley. He taunts you in the playground. He badgers you on the way home: “You, too, will die someday.”

You see him as he escorts the procession of hearse-led cars. He’s in the waiting room as you walk out of the double doors of the intensive care unit. He’s near as you stare at the pictures of the bloated bellies of the starving in Zimbabwe. And he’ll be watching your expression as you slow your car past the crunched metal and the blanketed bodies on the highway.

“Your time is coming,” he jabs.

Oh, we try to prove him wrong. We jog. We diet. We pump iron. We play golf. We try to escape it, knowing all along that we will only, at best, postpone it.

“Everyone has a number,” he reminds. And every number will be called.

He’ll make your stomach tighten. He’ll leave you wide eyed and flat footed. He’ll fence you in with fear. He’ll steal the joy of your youth and the peace of your final years. And if he achieves what he sets out to do, he’ll make you so afraid of dying that you never learn to live.

That is why you should never face him alone. The bully is too big for you to fight by yourself. That’s why you need a big brother.

Read these words and take heart.

Since the children have flesh and blood (that’s you and me),

He too shared in their humanity (that’s Jesus, our big brother)

so that by His death He might destroy him who holds the power of death – that is, the devil – and free those who all their lives were held in slavery by their fear of death. For surely it is not angels he helps, but Abraham’s descendants (that’s us).

Jesus unmasked death and exposed him for who he really is – a ninety-eight-pound weakling dressed up in a Charles Atlas suit. Jesus had no patience for this impostor. He couldn’t sit still while death pulled the veil over life.

In fact, if you ever want to know how to conduct yourself at a funeral, don’t look to Jesus for an example. He interrupted each one he ever attended.

A lifeguard can’t sit still while someone is drowning. A teacher can’t resist helping when a student is confused. And Jesus couldn’t watch a funeral and do nothing.

Two crowds. One entering the city and one leaving. They couldn’t be more diverse. The group arriving buzzes with laughter and conversation. They follow Jesus. The group leaving the city is solemn – a herd of sadness hypnotized by the requiem of death. Above them rides the reason for their grief – a cold body on a wicker stretcher.

The woman at the back of the procession is the mother. She has walked this trail before. It seems like just yesterday she buried the body of her husband. Her son walked with her then. Now she walks alone, quarantined in her sadness. She is the victim of this funeral.

The followers of Jesus stop and step aside as the procession shadows by. The blanket of mourning muffles the laughter of the disciples. No one speaks. What could they say? They feel the same despair felt by the bystanders at any funeral. “Someday that will be me.”

No one intervenes. What could they do? Their only choice is to stand and stare as the mourners shuffle past.

Jesus, however, knows what to say and what to do. When He sees the mother, His heart begins to break… and His lips begin to tighten. He glares at the angel of death that hovers over the body of the boy. “Not this time, Satan. This boy is mine.”

At that moment the mother walks in front of him. Jesus speaks to her. Don’t cry. She stops and looks into this Stranger’s face. If she wasn’t shocked by His presumption, you can bet some of the witnesses were.

Don’t cry? Don’t cry? What kind of request is that? A request only God can make.

Jesus steps toward the bier and touches it. The pallbearers stop marching. The mourners cease moaning. As Jesus stares at the boy, the crowd is silent.

The demon had been perched spiderlike over the body. He was enjoying the parade. He was the warden. The people were the prisoners. He was marching the condemned to execution. They were watching from behind invisible bars, imprisoned by their impermanence. He had relished the fear in the faces. He had giggled at their despair.

Then he hears the Voice.

That Voice… he knows the owner. His back arches and he hisses instinctively. He turns. He doesn’t see what others see. He doesn’t see the face of a Nazarene. He doesn’t hear the voice of a man. He sees the wrath of God. He hears the command of a King.

Get out of here.

He doesn’t have to be told twice.

Jesus turns his attention to the dead boy. Young man, His voice is calm, come back to life again.

The living stand motionless as the dead comes to life. Wooden fingers move. Gray-pale cheeks blush. The dead man sits up. Luke’s description of what happens next is captivating.

How would you feel at a moment like this? What would you do? A stranger tells you not to weep as you look at your dead son. One who refuses to mourn in the midst of sorrow calls the devil’s bluff, then shocks you with a call into the cavern of death. Suddenly what had been taken is returned. What had been stolen is retrieved. What you had given up, you are given back.

Jesus must have smiled as the two embraced. Stunned, the crowd breaks into cheers and applause. They hug each other and slap Jesus on the back. Someone proclaims the undeniable,

Jesus gave the woman much more than her son. He gave her a secret – a whisper that was overheard by us. That, He says, pointing at the cot, that is fantasy. This, He grins, putting an arm around the boy, this is reality.

Do you feel death stalking you and those you love? Do you hear his jeering whispers? Are you afraid of dying? How does the way that Jesus responded to death impact your thinking about death? Come join the conversation on our blog! We would love to hear from you about Jesus vs. Death! ~ Devotionals Daily