As someone who works in the non-profit arena and volunteers for a living, I love that we have National Philanthropy Day today, November 15. This is a whole day set aside to say thank you to those who volunteer, give, and advocate for others.

To do something without an expectation of return is a powerful thing. You know what else is powerful? Not letting your past have a stronghold on you but rising above and letting God use it to work in other’s lives. 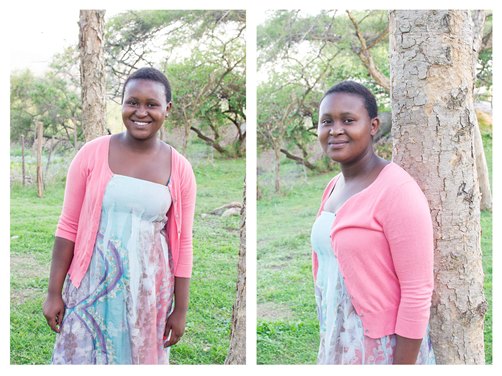 Today I want to introduce you to my friend, Gugu. In the eyes of the world, she’s considered an orphan, but God says, “No, you are not an orphan.”

After both tragedies, the responsibility of raising Gugu and her other five siblings (all with four different fathers) fell to her grandmother. At age 15, Gugu was faced with yet another death. Her 10 year old sister, her only sibling who had the same mother and father as her, died of pneumonia. That was a lot for one child to take in. It’s enough to bring confusion, anger, and disappointment.

Because of Gugu’s orphan status, the government gave her a small amount of money each month. Promises were made, but the money was always used to buy things for her older siblings. Jealousy and anger ensued, and Gugu found herself with the responsibility of buying her own school uniform and paying for the things she needed.

Even more than that, in her teenage years, she tried her best to learn about her changing body, something that your Mom is supposed to be there to teach you about. It was a rocky road that wasn’t easy.

In 2009, at 17 years of age, Gugu started coming to a feeding program we run in her community. She was even a part of building a home for a young girl, Khethiwe, who was also an orphan. God continued working in her life, and January of this year she found herself attending a discipleship school we run. One of the speakers during the school told the students to examine themselves and see how they felt about themselves. Gugu’s response was, “I feel I’m still an orphan.”

In that instant, God spoke and said, “You’re not an orphan. You’re going to teach others.”

Gugu feels God has told her that she is to be a mother to those who have no mother. She has a tremendous heart for teenage girls to teach them about life and help them walk in the confidence of who they are in Christ. 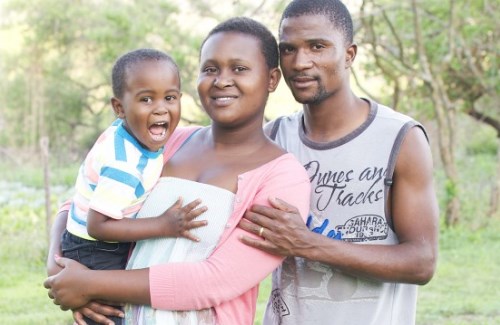 Now at age 21, Gugu, her husband, Sifiso, and their 3 year old son, are volunteers with Ten Thousand Homes, a non-profit whose goal is to bring HOPE and HOME to orphans and vulnerable children. God is redeeming Gugu’s past and using it to make a difference in the lives of children who God says, “I will not leave you as orphans, but I will come to you.”

On this National Philanthropy Day, remember that there’s power in coming as we are to God and saying, “Use me.” We are His vessels. We are the ones to carry out His work on this Earth. May we never limit God by saying that He can’t use us because of our past. He writes beautiful stories of redemption when we come just as we are with a willing heart.

Jesus says in Matthew 9:37 that “the harvest is plentiful but the workers are few.” In what ways is God asking you to be a part of the harvest? We may not all be called to go, but we are all called to be a part somehow.

About the Author: Jennifer Price

Wife, mother, lover of people, photographer, knitter, blogger and world traveler, Jen Price has traveled to dozens of countries, not merely as a tourist, but rolling her sleeves up and going well off the beaten path so that she might get to know the people, learn the culture, and find the heart of the place. In 2005, Jen co- founded Ten Thousand Homes, an organization dedicated to bringing hope and homes to thousands of children orphaned in sub-Saharan Africa. Currently she and her family live in South Africa. Jen continues to travel internationally, camera in tow, with more passion than ever to tell the stories of beautiful people the world sometimes forgets. You can check out her stories and photos on her blog, I Believe In Love.