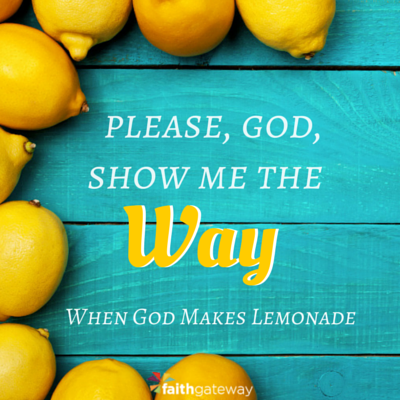 When I was thirty-seven, I woke up at 2:00 a.m. to sweat-soaked sheets and a fire in my body. My joints were swollen, tender to the touch, and my aching limbs lay lifeless in the bed, burning and sweating from every pore. Unbeknownst to me, I was suffering from rheumatoid arthritis, and by the time I was diagnosed, it was too late for precautionary measures. I would remain immobilized the rest of my life.

My husband didn’t like the sound of caring for a wife with special needs, so he packed a bag and disappeared, leaving me broke, unemployed, immobile, and solely responsible for raising our two preteen daughters. It also meant Tiffany and Jasmine were the only ones left to care for me, which they did—twenty-four hours a day, seven days a week—while going to school and preserving remnants of their own identities. It was hard, exhausting work, and it didn’t take long for the stress to begin tearing us apart.

I told them as often as I could, “There are many valleys that need to be crossed while climbing toward the mountain.” But they just stared at me blankly, as if to say, “Yeah, Mom, we get it; big deal.”

I wanted them to know everything would be okay, but truth be told, I didn’t now that for certain. I myself felt scared and insecure; after all, everything I had trusted in had disappeared and left me hurting. To make it through, I made a promise with God that I would only allow myself five minutes of pity at a time. I’d let it hurt, I’d cry, but then I’d move on and get back to thinking about my girls.

We needed something to bring us together, something big, and I had been praying for a miracle the day Tiffany came home from school and told me about a summer program called Young Scholars. It was sponsored by the Junior Statesmen of America Foundation and convened every summer at Yale University. She immediately applied, and five weeks later, the mail carrier delivered a letter congratulating Tiffany on her acceptance. There was only one problem—she needed to raise three thousand dollars.

“How am I going to raise that much money?” Tiffany huffed, before leaving me alone in the room with her acceptance package on the table. I flipped through the program flyer that came with her acceptance letter and quickly became flooded with emotions. I was angry at the disease that had burned through our savings and kept me from working. I also felt guilty about not being able to help. Pity consumed me, and for five minutes I felt helpless and entirely hopeless.

Then suddenly I remembered the principle I had embedded in my daughters’ minds: there are many valleys that need to be crossed while climbing toward the mountain. I bowed my head and prayed, Please, God, show me the way. Show me how I can help Tiffany raise the money. I began to visualize my daughter at Yale, doing everything the flyer described: walking through the museums, taking classes, asking professors questions, soaking up knowledge. Help me, Lord, to make this a reality. Please.

Penniless but not Broke

Randomly, a short phrase flashed across my mind—penniless, but not broke—and I remembered my old job as a community youth director. There I worked as a fundraiser, helping to run many successful campaigns. We can do this, I thought to myself. I know what to do!

“Tiffany!” I shouted for her to come back into the room. When she rounded the corner, I didn’t waste a second. “Are you committed to work for this money?” Slowly she nodded, a little confused about my new-found enthusiasm. “Good. Now let’s ask your sister for her help.” Jazzy joined us at the table, and I outlined what needed to happen if we were going to implement an effective fundraising campaign. By the end of the week we had prepared a media kit to be mailed out, and thanks to Jazzy’s computer skills, it was a beautiful piece of work. During the second week, we began mailing, and at the beginning of week three, Tiffany awoke to my frantic yelling.

“The Los Angeles Times wants to interview you, your teachers, your sister, and me!” I shouted, elated, as Tiffany danced around with excitement. By the time Tiffany left home that morning, she had scheduled interviews with reporters for most of the week. Once the Los Angeles Times printed its article, U-T San Diego and several other nationwide newspapers picked up Tiffany’s story.

The following week I woke Tiffany again with excitement in my voice. Two donors had just called, complimented Jazzy’s work, and said Tiffany should start packing because they wanted to finance her entire trip.

“What?” Tiffany shouted when I told her the news.

“Yes! You’re going to Yale!” I said it as loudly as I could, celebrating with every word.

“And that’s not all,” I cut in. “A third donor said your story touched her heart, and she wants to come meet you, at home, tomorrow.” When the doorbell rang the following day, Tiffany rushed to swing the door open. On the porch was a well-dressed middle-aged woman who introduced herself and stepped inside.

“I am so proud of your daughter,” she said, looking at me. Then she looked back to Tiffany. “The reporter didn’t mention anything about clothing, accessories, or spending money in the article. Tiffany, you worked hard. Congratulations!” The woman handed her two money orders totaling fifteen hundred dollars. “Go shopping, and have some fun in New York. If that’s not enough, please let me know. Money will not be the factor that keeps you from attending Yale and having a good time this summer.” I tried to hold back the tears as Tiffany embraced the generous woman and promised to contact her with some pictures when she returned.

By the time the summer was over, Tiffany had received donations from her school’s administration, teachers, friends, and anonymous supporters. Even the mayor of La Verne, California, mailed a check. Tiffany’s time at Yale was richly rewarding, and she aced both of her courses. When she came home in the early fall, she had a long list of stories, lessons, and experiences. “Mom,” she said one day after she was back, “when Dad left and Jazzy and I had to take care of you, I was angry. I thought my life was over.”

So did I, Tiff, I thought to myself.

“But I’m not worried anymore,” Tiffany continued. “I feel like I’m just getting started.” It was true: it did feel as though God had renewed our spirits and given us a second chance. He brought us together when we needed it most, and reminded us all that the valleys of our lives may leave us penniless, but they will never leave us broke.

Excerpted with permission from When God Makes Lemonade: True Stories That Amaze And Encourage by Don Jacobson, copyright Thomas Nelson.

Are you in the middle of impossible circumstances? Stop right now and pray — Please, God, show me the way. Do you have a story about a time when God made lemonade in your life when it seemed that everything was going wrong? Come share with us on our blog! We want to hear from you! ~ Devotionals Daily