I suppose most little girls think at some point that they will grow up, get married and have children. At least they did in the 50’s, 60’s and 70’s. I know I did. But those best laid plan were never to be. Isn’t there an old Yiddish saying that goes “man plans and God laughs? I can tell you that God must’ve been roaring. Growing up as a teenager in the late 60’s and 70’s there was no way I was going to experiment with drugs because I didn’t want my future children to have any birth defects.

Fast forward to 1988, once divorced and now married to my Prince Charming. He with children from a previous marriage and me… still no children of my own but mother to lots of “4-legged babies”. It was painful when my hysterectomy sealed the deal. But I had the 4-legged kind which brought me tremendous joy.

On July 16, 2006 I opened up our local newspaper and read an article about children in Iraq that needed multiple surgeries but couldn’t get them because the surgeons were fleeing the country due to the war. In one of the photographs staring back at me were the most beautiful big, dark, soulful eyes which locked into mine. Surrounding those eyes was severely burned and scarred skin along with a crooked smile, created by scar tissue that pulled down one side of her mouth. Sitting on her father’s lap, he was hopeful that someone could help his daughter, now 4, get a wig and perhaps medical help. At 19 months of age the taxi she was in with her dad and her then 3 year old brother ran over an IED bomb, killing her brother and severely burning her head, face and hands. Her dad was uninjured.

At that moment God nudged my heart.

With a history of fund raising and community service I had some resources I could call on for assistance for her. Of course I responded to that nudge in my heart – I can do this. Cutting out the article and pasting it to my office wall, I proceeded to send off an email to the American correspondent in Baghdad who authored the article. When I clicked “send”, I was simultaneously “sending” away my life as I had known it.

My quest to help Teeba and her family was fraught with red tape and frustration. Three steps forward and two back, trying to navigate the political quagmire at that time. I was able to secure the wig. And if I could get her here for a medical evaluation, there was a chance that sweet little face could be repaired. Who wouldn’t want to help a little girl receive medical treatment, right? WRONG – Teeba was on my heart and no one else’s. Frustration led me to a temper tantrum in my driveway yelling at God and blaming Him for everything. “Why aren’t You helping me?” “What good are You?’ And then I saw it… a golf ball marker at my feet that wasn’t there before. When I picked it up and turned it over it read “God Loves You”. At that precise moment I knew everything was going to work out.

There were more twists and turns, but eventually Teeba arrived one year to the day that I read about her on July 16, 2007. When she walked off that plane, my heart melted and I was instantly in love.

We began the journey of getting her a custom made wig, and several meetings with University Hospitals Rainbow Babies & Children’s Hospital. It was determined that her surgeries would take years and years. There would be no going back any time soon. Her parents in Iraq were so grateful and happy that Teeba was getting the help she needed, so they agreed to let her stay. It wasn’t long before she asked her mom and dad back home if she could call us Mom and Dad. They generously and heartily agreed. I’ll never forget that first time she called me Mom, or made me a Mother’s Day card. But one of the most poignant moments was when we were being interviewed by a local reporter. I said to her “Teeba, give me some sugar, you’re my girl” to which she replied while kissing my cheek “And you’re my mom”. 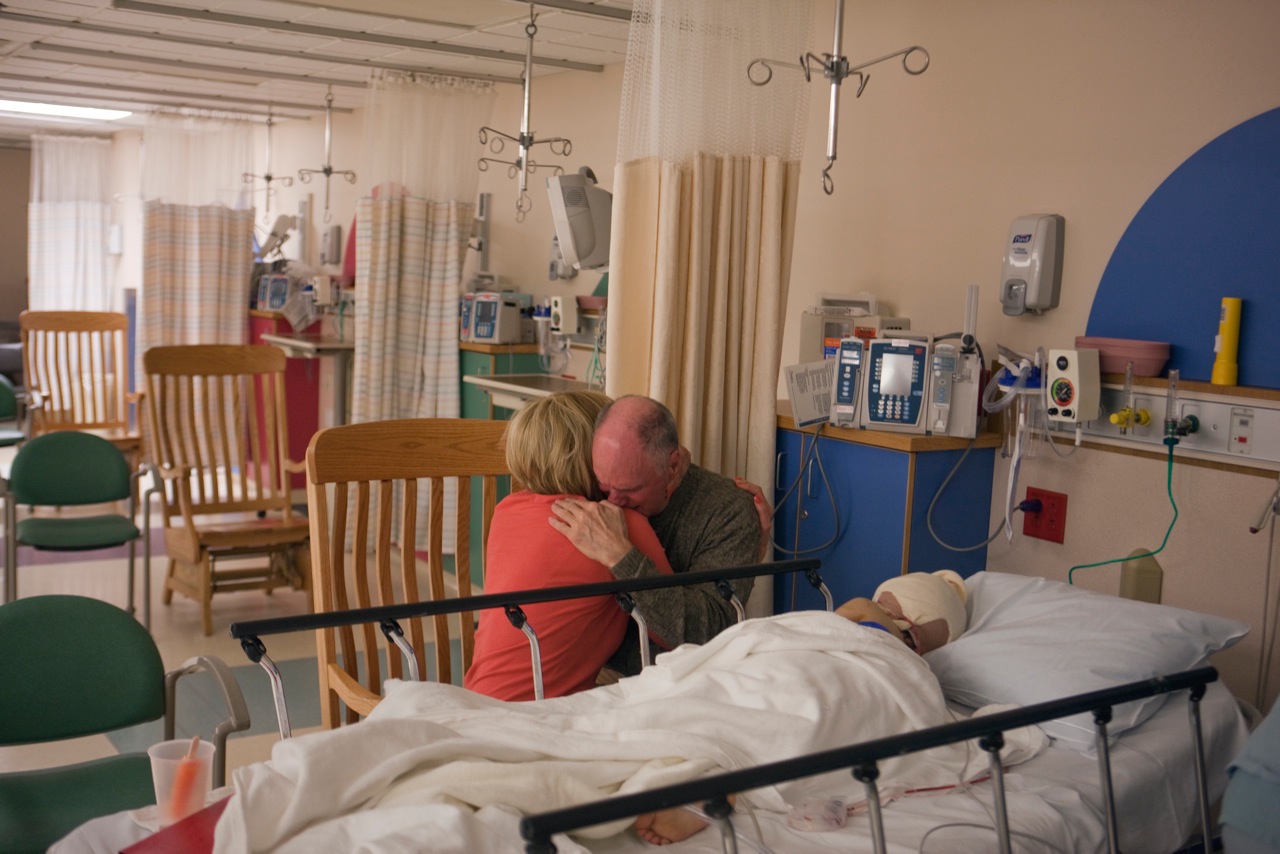 Over the years, we have stayed constantly in touch with Teeba’s family in Iraq — her parents and 3 younger siblings. With a friend/translator assisting us, her Iraqi mom Dunia and I exchanged all the details of each other’s lives. Via the app called Viber, we would “speak” for hours. And I shared every picture and detail of Teeba’s life along the way. Dunia became my daughter, my sister, and my best friend all rolled into one.

We had reached the 10 year mark and we knew that we needed to have Dunia see her daughter for the first time since she left as a scared and scarred little girl. Dunia was having eyesight troubles and we didn’t want her last memory of Teeba to be just that. But facilitating such a trip had immense hurdles. We couldn’t go to Iraq and they couldn’t get here. The only place we could get them to was Dubai and we made the commitment that this reunion must happen.

It was the trip of a lifetime. Highly emotionally charged and truly blessed by God. Dunia and I never felt competitive with Teeba, in fact Teeba seemed to get agitated with us that we were so united.

We called ourselves ONE MOM! An Amer-Iraqi mom. 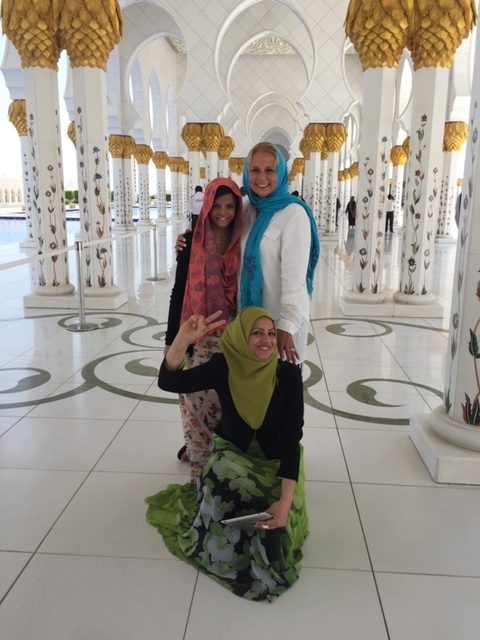 This beautiful woman who gave birth to Teeba had shared her daughter with us, allowing me to raise and love her as my very own. That hole in my heart that was blocked with cement softened and Teeba took up residence there.

It wasn’t how I ever thought I would end up being a mother, and over the past 12 years there have been numerous times, both for Dunia and I that we know God had intervened and graced us all. 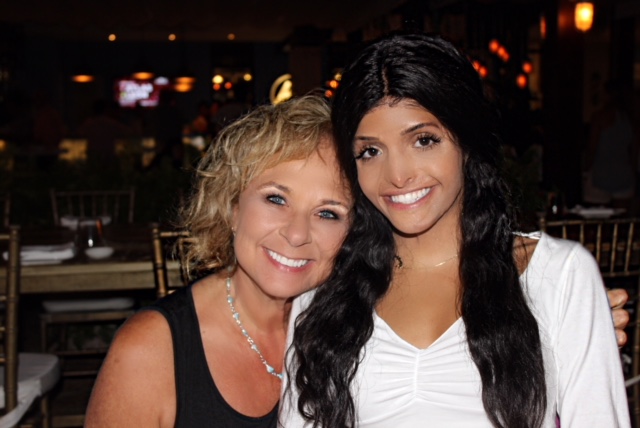 Matthew is my favorite gospel and my treasured passage is 25:23. I pray that when I enter the Kingdom of Heaven, that I may hear those words.

“Well done good and faithful servant! You have been faithful with a few things; I will put you in charge of many things. Enter into the joy of your master!”

Written for Faith.Full by Barbara Marlowe, author of A Brave Face.

Are you in the role of an unconventional mother? Or maybe your birth mother couldn’t care for you for some reason but someone else stepped into that role. How has God used unconventional mothers in your life? Come share with us on our blog. We want to hear from you! ~ Laurie McClure, Faith.Full