Being a mountain girl, I was raised to be daring, confident and independent. Our community had a small ski hill, ponds filled with frogs and snakes, a pasture for the community horses and a lot of opportunity for adventures. Paths were a big part of my daily life. I was never afraid, in fact, I was quite proud of my adventurous courage (which was sometimes known as foolish).

While I was in college, my family went to a retreat in Rocky Mountain National Park. To me, the Rocky Mountains are some of God’s finest majestic beauty. One afternoon, I decided to take a walk by myself to be close to some of this great scenery.

Finding a path with markers led me on a very memorable adventure. Being on a well-marked path felt so safe. I saw the well-traveled dirt path and followed it for a while.

Eventually the dirt path was not as defined, so someone had marked its continuation with the tin tops of soup or tuna cans and nailed them to tree trunks to show the direction of this path.

Confidently, I traveled the dirt path and followed the can tops on the trees. I was sure that the path would lead me back to where I started, so I kept walking. As I continued, and the sun began to set, I noticed that the turns in the path were not leading back to the retreat sight, but further and further away. Doubt and a little fear began to penetrate my confident trail blazing skills. With the darkness creeping in, I decided that my best bet was not to follow this path, but to turn around and head back the way I came, before it was too late or too dark to find my way.

Walking back on the path was a little more difficult, because the trees were marked only on one side, so I had to pay attention, look back at the trees to find each tree with the tin top. Slowly and carefully, I walked this part of the path, focused on every individual tree marked with tin to lead me back. When I eventually found the familiar dirt path, I wanted to pick up a handful its dirt and kiss it. Scared and relieved, I knew I was on the right path, now.

Returning to the lodge, I began to study the trail maps on the wall. Where had I been and where was the path I found leading me?

Did you know that you can walk to Denver on a trail from Rocky Mountain National Park? According to Google it is 66 miles away and could take you at least 22 hours. Without looking, I found the trail to Denver and assumed that it was a simple loop and not a 66-mile hike. Ignorance can get you into trouble, but being stupid is more dangerous.

There was a moment where I was following my mountain girl pride. “I can do this by myself.”

Other times on the journey I made some serious bad assumptions. “Of course this path returns to the lodge.” But the further I walked, prayer emerged as my best option. I remembered some prayers from Psalms and repeated their phrases. “Lead me (Psalm 23) …. guide my steps… or protect me… (Psalm 119) (Psalm 25)” I added my own, “Please keep me from being stupid or foolish.” (David actually prayed this in several places in the Old Testament.)

When I let go of my arrogance and false confidence and began to ask for God’s help, everything on the path changed for me.

Instead of being led away from the retreat, I was led back to it. Instead of depending on myself, I was totally dependent on God. Relief, safety, and my family were what I found upon my return.

I learned that God was always with me. He allowed me to follow my own way, but lovingly helped me return to His path. I also realized how important it is for me to pay attention to where I am going and not start off recklessly. Just in writing this story, the memory of my fear returned. Even today this is a good reminder for me to ask God for His guidance and carefully follow His path!

Written for Faith.Full by Lisa Robertson, author of The Path of Life.

Have you ever done that? Have you ever struck out on your own assuming you knew what you were doing only to find yourself lost and afraid? I have! Both physically and spiritually. Come share your thoughts on following God’s path on our blog. We want to hear from you! ~ Laurie McClure, Faith.Full 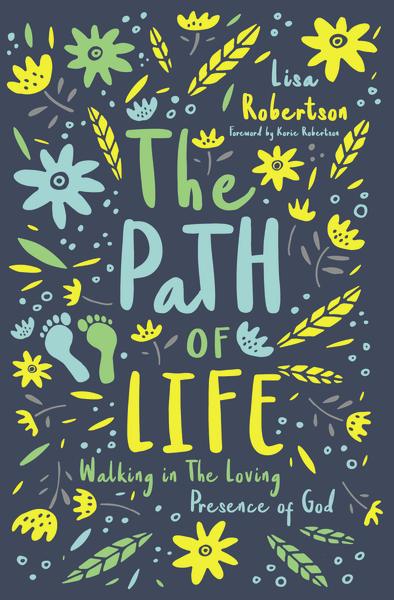 Buy Now at the FaithGateway Store >>>