How to Work for Racial Justice Three hundred and eighty-one. That’s how many days the Montgomery Bus Boycott lasted. Sparked by lifelong activist and justice-seeker Rosa Parks, fueled by Black women who organized car pools, printed flyers, and walked to and from work, and with Martin Luther King Jr. as the spokesperson of the Montgomery Improvement Association (MIA), Black people brought the city to a standstill and forced white civic and business leaders to change their segregationist policies.

Just a few weeks before the formal end of the boycott, King gave the opening speech at MIA’s Institute on Nonviolence and Social Change, a weeklong series of lectures and workshops for activists. The theme that year was “Freedom and Justice through Love,” and in that address, King mentioned the concept of the “beloved community.”1 He said, “It is true that as we struggle for freedom in America we will have to boycott at times. But we must remember as we boycott that a boycott is not an end within itself.” Rather, he explained, “the end is reconciliation; the end is redemption; the end is the creation of the beloved community.”2

The concept of the beloved community can sound like a utopian dream rooted in an ineffectual idealism that stands powerless against racial injustice, but that is not how King and others thought of the beloved community. They understood love as the fire that fueled their adamant demand for change. Love requires the use of power. In his roadmap to racial justice Where Do We Go from Here, King wrote, “Power, properly understood, is the ability to achieve purpose. It is the strength required to bring about social, political or economic changes.” He went on to explain, “Power at its best is love implementing the demands of justice. Justice at its best is love correcting everything that stands against love.”3 Love is not a mere feeling of affection. In the beloved community, love is an action that uses the levers of power to bring about justice. Unfortunately, many white Christians have become de facto defenders of an unjust status quo by maintaining that Christians should not get involved in matters of public justice. Their reasoning is multifaceted. Some contend that matters of justice are too “political.” The church should stand above and apart from politics so it can effectively preach salvation through Jesus Christ. Others avoid issues of justice because they see in modern descriptions of the problem a pernicious co-optation of the faith by secular philosophies such as Marxism and critical race theory. Still others fail to see any issues in systemic terms and think that society’s inequalities stem only from individual choices and effort apart from broader structures.

What is missing from these criticisms is the Christian concept of love. Love for neighbor requires critiquing and dismantling unjust systems of racial oppression. It is one matter to acknowledge that all people are made equal and have inherent dignity in their very being. It is another matter to identify the ways the image of God is defaced in groups of people through systems and policies and to work against those injustices. The emphasis here is on life together in a nation under laws and policies. If Christians claim to be concerned for their neighbors, then they must also be concerned about the structures and systems that enable or inhibit their neighbors’ flourishing. As pastor Mika Edmondson wrote, “You cannot love your neighbor while supporting or accepting systems that crush, exploit, and dehumanize them.”4

Love for God and Neighbor

Love is the fiery heart beating at the center of the urgent call for justice in our world. Love is the energizing force of justice that insists on fairness and equity for all. Love is the motivating factor that demolishes any paternalistic attitudes and builds a posture of humble service. Without love there can be no justice.

Throughout Jesus’ public ministry, the scribes and Pharisees, who were Jewish teachers of the law and religious leaders of the day, attempted to discredit Him by asking questions designed to entrap Him. After foiling a series of such questions, one of the Jewish leaders was impressed with Jesus’ answers. So he asked Jesus a question that religious scholars had been debating for years: “Of all the commandments, which is the most important?” (Mark 12:28).

Jesus summarized the most important commands of the Christian faith with a simple remark that most people who grew up in the church can recall from memory: “‘Love the Lord your God with all your heart and with all your soul and with all your mind and with all your strength.’ The second is this: ‘Love your neighbor as yourself.’ There is no commandment greater than these” (Mark 12:30–31). Jesus encapsulated the core of Christianity as love for God and love for neighbor. This love animates the call for racial justice.

Notice that Jesus juxtaposes love for God with love for neighbor. The greatest command is to love God with your entire being: heart, soul, mind, and strength. No part of us should be withheld from devotion to God. This is true love for God. But how do we and others know that we love God with our whole selves? Love of God is demonstrated through love of others. While Jesus distinguishes between loving God and loving others, He does not separate the two. It is impossible to love God and hate those whom God has created in God’s own image. The apostle John put it this way: “Anyone who loves God must also love their brother and sister” (1 John 4:21). Or as Fannie Lou Hamer put it, “Ain’t no such thing as I can hate anyone and hope to see the face of God.”5

We should also note that when Jesus says to love God and love your neighbor, he is not giving a new interpretation of the Law. The first part of his answer comes from Deuteronomy 6:4-5, which is part of the shema, a prayer that observant Jews recited twice daily to remind them of the exclusivity of God and their wholehearted allegiance to God. The book of Leviticus codifies Jewish ceremonial law. It describes laws about bodily discharges, what to do with pieces of an animal killed in sacrifice, which grains to bring for offering, and more. It can be grisly, tedious reading. Yet this book also includes Leviticus 19:18, which says, “Do not seek revenge or bear a grudge against anyone among your people, but love your neighbor as yourself. I am the Lord.” Love of God and love of neighbor have been a foundation of Judeo-Christian belief for centuries.

The apostle Paul builds on the necessity of love in 1 Corinthians 13:1-3:

The impetus for public justice in the Christian life comes from the ethical demands of love. The most eloquent words and greatest talents of preaching or teaching about justice amount to a discordant cacophony if those utterances are not undergirded by love. The deepest knowledge of theology, politics, history, and science mean nothing if love is not the ligament binding that information together. Even the most admirable sacrifices, like giving away all your money to the poor or spending your life suffering for the sake of others, are only a form of pseudo-saviorism if those efforts are not infused with love. You cannot pursue justice without love.

Love for God and love for neighbor mean that preaching the gospel and working for racial justice are not at odds; each one needs the other. Some Christians have attempted to insert a wedge between the task of evangelism — proclaiming the good news about Jesus Christ and the salvation he offers — and the task of racial justice. This is a false dichotomy.

Christ called his followers to bear witness about him throughout the world (Acts 1:8). This witness necessarily includes not only the verbal announcement to “repent and believe” but also the imitation of Christ’s concern for the marginalized and oppressed. In Matthew 25, Jesus so closely identifies with those who experience hardship that he says to serve them is to serve Him. When we feed the hungry, show hospitality to the stranger, clothe the naked, look after the sick, and visit the imprisoned, we have done the same to Christ. He says, “Truly I tell you, whatever you did for one of the least of these brothers and sisters of mine, you did for me” (Matt. 25:40). To care for those who endure injustice, including racism, is to bear witness to Christ himself and to declare His goodness in word and deed.

1. The term beloved community traces back to Josiah Royce (1855–1916), an American religious philosopher and one of the founders of the Fellowship of Reconciliation.

Excerpted with permission from How to Fight Racism: Courageous Christianity and the Journey Toward Racial Justice by Jemar Tisby, copyright Jemar Tisby.

How is helpful for you to know that justice is fueled by love? What are some ways you can become more active in pursuing racial justice in your community? We’d love to hear your thoughts in the comments! 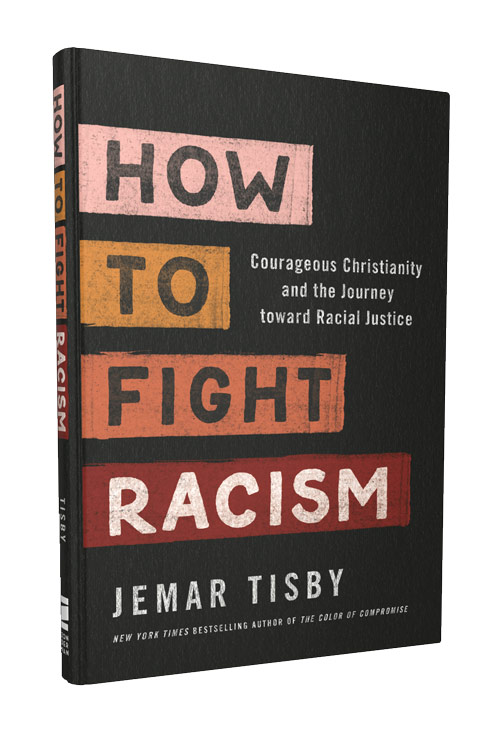 Jemar Tisby has given us a gift… I deeply appreciate the holistic approach to racial justice outlined in this book and am both challenged and inspired to apply the practical action steps that can promote racial equity. If we all step up and do our part, we can finally achieve racial justice. This book is an important part of moving closer to making this dream a reality.

How to Fight Racism by Jemar Tisby has come at a perfect moment for the church. While racism in America is a highly complex, multilayered reality with a variety of definitions, lived experiences, and proposed solutions, the church of Jesus Christ stands as the only viable hope for ending racism. Even though the church has a mixed record when it comes to racism, it is our fight! If you’re new to the fight or could benefit from a concrete road map to a more just and merciful society, this beautiful book makes the complex doable.

In this clear-eyed and practical book, Jemar Tisby brings his scholarship, faith, and humanity to the inescapable challenges of racial injustice in America. How to fight Racism is a timely gift and a biblical challenge. Read it, share it, teach it, live it! 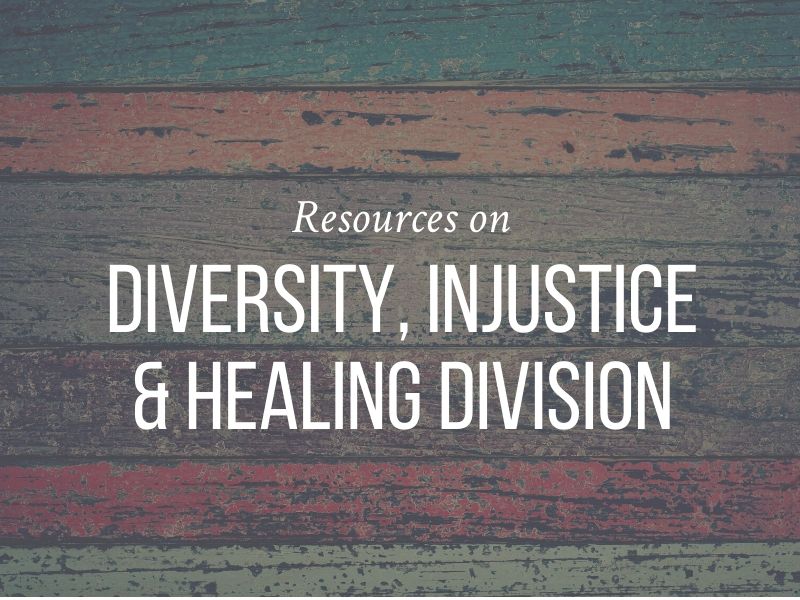