Jesus Came So That... 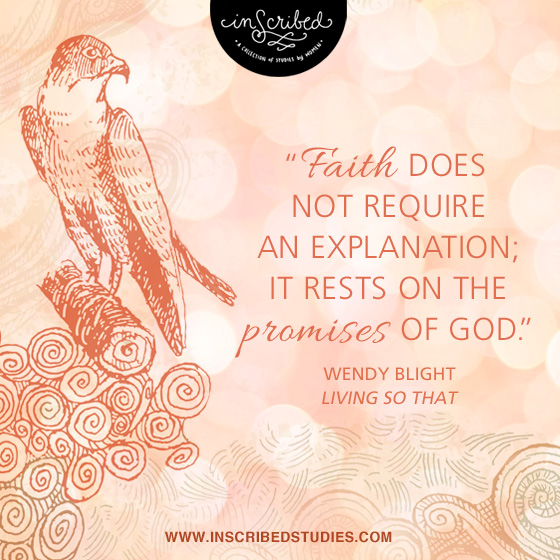 For God so loved the world that He gave His one and only son, [so] that whoever believes in Him shall not perish but have eternal life. – John 3:16 (emphasis added)

Why did Jesus so willingly leave the splendor of Heaven to enter the squalor of earth? Our journey begins by answering this very question as we examine God’s plan behind sending Jesus to earth.

When the law came into the picture, sin grew and grew; but wherever sin grew and spread, God’s grace was there in fuller, greater measure. No matter how much sin crept in, there was always more grace. In the same way that sin reigned in the sphere of death, now grace reigns through God’s restorative justice, eclipsing death and leading to eternal life through the Anointed One, Jesus our Lord, the Liberating King.

In Scripture, when we see the words “the law,” they refer to God’s law for His people.

God used His commandments (the law) as an instrument to teach His people in very specific ways about sin. The law pointed out people’s sin, thereby making them aware of it. Romans 7:7 says:

So what is the story? Is the law itself sin? Absolutely not! It is the exact opposite. I would never have known what sin is if it were not for the law. For example, I would not have known that desiring something that belongs to my neighbor is sin if the law had not said, “You are not to covet.”

The law reveals the presence and fact of sin, but what happens next is frightening. Paul wrote, “Sin took advantage of the commandment to create a constant stream of greed and desire within me; I began to want everything. You see, apart from the law, sin lies dormant” (Romans 7:8).

Paul tells us in Romans 7:8 that sin takes advantage of or “seiz[es] the opportunity” (NIV) found in the law. The word for opportunity here is aphorme. This word denotes a starting point, often referred to as a base of operations in war. By choosing this word, God was warning us that the law provides sin with a base of operations for its attack upon the soul. Dr. David Jeremiah says that sin uses the commandment, or the law, as a beachhead from which to launch its evil work.

Consequently, because of our sinful nature, when something is forbidden, the law makes us aware of it and we desire to do it all the more.

Let me make this a bit more real. I experienced this firsthand as a young mother. When my daughter was little, every time she accompanies me on a shopping trip, I sternly warned her, “Lauren, do not touch. You may look with your eyes, but do not touch.” Sound familiar? I repeated this phrase many times.

On one particular trip, I knew the temptation to touch would be overwhelming. We were going to the Christmas store, packed with hundreds of shelves filled with glittery ornaments and glistening decorations that little girls cannot resist. Thus, I have extra warnings.

We oohed and aahed over all the baubles. Then, after I chose and paid for my gifts, Lauren and I headed to the car.

As I lifted her out of the stroller, something shiny caught my eye. It was an ornament… one I had neither chosen nor paid for. My little sweet girl had stolen it. A thief at age three! I informed her we had to return the ornament and that she would have to apologize. Tear flooded her eyes and spilled down her cheeks. She begged, “You say it, Mommy… pweese.” I stood my ground, explaining that when we break a rule and take what is not ours, there are consequences. We walked back into the store and found the clerk, and Lauren, with head bowed and shoulders slumped, handed her loot to the clerk and whispered, “I’m sorry.”

My instructions forbidding her to touch the beautiful items in the store made her want to touch them all the more. That is how it is with the law, Paul said. In order to understand the goodness of the law, we need a maturity that often takes time to develop. God didn’t give us the law to set us up for failure; rather, He gave us the law to protect us from failure.

God’s standards would exist whether or not we ever knew about them. But in His mercy God informed us of His law and has shown us the only way to fulfill it – through faith in Jesus Christ.

Now, let’s dig a bit deeper into the passage in Romans. Romans 8:1-2 says:

Therefore, now no condemnation awaits those who are living in Jesus the Anointed, the Liberating King, because when you live in the Anointed One, Jesus, a new law takes effect. The law of the Spirit of life breathes into you and liberated you from the law of sin and death.

In this verse, we find two governing principles that work within the law of God.

The law of the Spirit of life operates through God’s Holy Spirit (our new nature). His spirit is a life-giving Spirit.

The law of sin and death operates through the flesh (our sin nature). It ultimately produces death.

As always, God’s Word speaks consistent truths throughout its pages.

What happens to those who refuse God’s offer of grace and insist on being made right with God through obeying the law? (Galatians 3:10)

If You Want To Go Deeper:

Don’t be concerned about getting the “right” answer. Just invite the Holy Spirit to open your heart to receive and understand the spiritual truths in these verses. Write what you hear.

The bottom line here is grace, my friend. Grace came first, and the law came alongside grace.

This has been a part of God’s plan since the beginning of time. Grace began in the garden of Eden, when God covered Adam and Eve with animal skins. Grace continued as God extended it to the hard-hearted Israelites throughout the Old Testament. Jesus lived and extended grace throughout His entire ministry. Even after Jesus’ death, grace continued as He, through His disciples, extended grace beyond the Jews to the Gentiles. And now He extends grace to you and me.

Grace is undeserved. It makes no sense in the world’s economy. In one of His last acts, Jesus forgave the thief hanging on the cross beside Him and told him he would be with Him that day in paradise. It didn’t matter to Jesus what motivated this man’s confession. Jesus still forgave him. He forgave him knowing he would never study the Bible, never impact the kingdom, and never bring another to Christ. What a wonderful, beautiful reminder that you and I do not have to do anything to earn God’s grace. It’s a free gift.

Grace does not depend on what we have done, but on what God has done for us.

Because of God’s grace, we are no longer bound by the law of sin and death. Praise God! We are free because of His amazing grace.

Amazing Grace, how sweet the sound,

I once was lost but now am found,

Was blind, but now I see.

‘Twas Grace that taught my heart to fear.

And Grace, my fears relieved.

How precious did that Grace appear

The hour I first believed.

Through many dangers, toils and snares

I have already come;

And Grace will lead me home.

The Lord has promised good to me.

His word my hope secures.

He will my shield and portion be,

As long as life endures.

Yea, when this flesh and heart shall fail,

And mortal life shall cease,

I shall possess within the veil

A life of joy and peace.

When we’ve been there ten thousand years

Bright shining as the sun,

Than when we’ve first begun.

Friend, you have spent significant time in God’s Word. You have studied, pondered, and prayed over our first “so that.” Based on how God has spoken to your heart, complete the thought below.

Jesus came so that…

Leave your comments on our blog! We would love to hear your answers, ladies!

Watch the Video for Inscribed: A Collection of Studies by Women